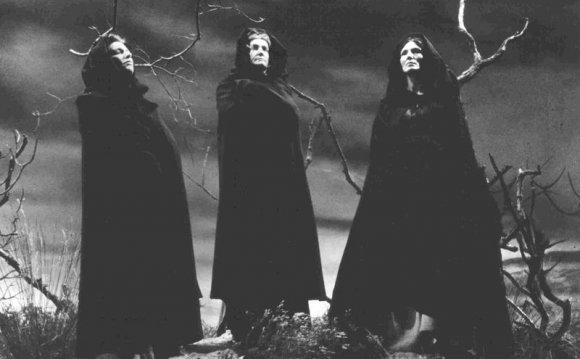 One of Shakespeare's greatest, but also bloodiest tragedies, was written around 1605 to 1606. Many have seen the story of Macbeth's murder and usurpation of the legitimate Scottish King Duncan as having obvious connection to contemporary issues regarding King James I (James VI of Scotland), and the Gunpowder Plot of 1605. King James was particularly fascinated with witchcraft, so the appearance of the witches chanting "Fair is foul, and foul is fair" at the opening of the play seemed particularly topical, as was Macbeth's betrayal of Banquo, from whom James claimed direct descent.

However, the play is clearly far more than a piece of royal entertainment. It is also a fast-moving and dramatically satisfying piece of theatre. Macbeth's existential struggle between loyalty to his King and his "Vaulting ambition" is fascinating to watch, as his is struggle with Lady Macbeth, and her own terrifying refusal of her maternal role. The play shows an intensification of Shakespeare's interest in mothers and their effect upon ruling masculinity, and also contains some of the most memorable speeches in the entire canon, including Macbeth's reflections that ultimately life "is a tale/Told by an idiot, full of sound and fury, /Signifying nothing". -Jerry Brotton - Dieser Text bezieht sich auf eine andere Ausgabe: Taschenbuch.

"The explosive and overwhelming effect of a truck bomb...this horrific, riveting "Macbeth" ought to be seen by as many people as possible." - Terry Teachout, "The Wall Street Journal" - Dieser Text bezieht sich auf eine andere Ausgabe: Audio CD.