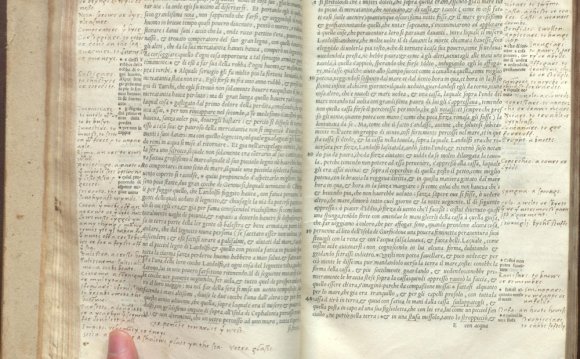 Boundaries of time and place

The early modern English period follows the Middle English period towards the end of the fifteenth century and coincides closely with the Tudor (1485–1603) and Stuart (1603-1714) dynasties. The battle of Bosworth (1485) marked the end of the long period of civil war known as the Wars of the Roses and the establishment of the Tudor dynasty under Henry VII (1485–1509), which brought a greater degree of stable centralized government to England. Not long before, the introduction of the craft of printing in 1476 by William Caxton marked a new departure in the dissemination of the written word.

The end of the period is marked by the religious and political settlement of the ‘Glorious Revolution’ (1688), the transition to the Augustan age during the reign of Queen Anne (1702–14), and the achievement of political unity within the British Isles through the Act of Union between England and Scotland (1707).

The defining events of the sixteenth century were those of the Reformation, initiated under Henry VIII in the 1530s, which severed both religious and political links with Catholic Europe. During the seventeenth century the new science gradually achieved prominence, beginning with the writings of Francis Bacon (1561-1626) and issuing in the foundation of the Royal Society (chartered in 1662).

At the start of our period English was spoken throughout England except in western Cornwall, where it was rapidly replacing Cornish.

The English speach doth still encroche vpon it [Cornish], and hath driuen the same into the vttermost skirts of the shire. Most of the Inhabitants can no word of Cornish; but very few are ignorant of the English. Richard Carew, The Survey of Cornwall (1602)

Wales was integrated administratively and legally into England by parliamentary acts of 1536 and 1543; the former made English the only language of the law courts and excluded those who used Welsh from any public office in Wales. However, apart from the ruling gentry, the inhabitants remained Welsh-speaking throughout the period. In Scotland, Scots (see below) was spoken in most of the Lowlands, Gaelic (called Erse in this period) in the Highlands and Galloway, and the Scandinavian language Norn in Shetland and Orkney.

The Tudor monarchs asserted their claim to the lordship of Ireland. Hitherto the English speaking presence had been small, restricted to the English pale. A series of military conflicts and plantations under Elizabeth, James I, and Oliver Cromwell led to the political domination of the country by English-speakers.

The era of overseas commercial venture and colonization was initiated in 1496–7 by the visit to Newfoundland (compare new-found adj. 2) of the Italian explorer John Cabot, commissioned by Henry VII. Newfoundland was subsequently claimed for England in 1583. Settlement on the mainland of North America began with Jamestown (1607); the mainly Puritan Pilgrims [pilgrim n. 4a] or ‘Pilgrim Fathers’ founded the Plymouth Colony (1620). During the last part of the seventeenth century economic hardship led to large-scale Scottish emigration to Ireland and North America.

Bermuda was colonized in 1612, followed by St Kitts (1623) and Barbados (1627) in the West Indies. After the defeat of the Spanish Armada (1588) English merchant voyages to the Indian Ocean began. The East India Company established its first trading factory in India in 1612 and took possession of Bombay in 1668.

During the Middle English period numerous regional dialects existed in England and Scotland. Middle English manuscripts, even copies of the same work, differ linguistically from one another to a greater or lesser degree. In the later Middle Ages London gradually emerged as the seat of administration and the court. The speech of the capital acquired social prestige and written forms of it became usual in official documents and literature, though it could only loosely be called a ‘standard’. Since printing was based in London this form of English was adopted by the early printers. But Caxton himself was acutely aware of variation and change within English.

Certaynly our langage now vsed varyeth ferre from that which was vsed and spoken whan I was borne. William Caxton, Prologue to Eneydos (1490).

Nevertheless, compared with Middle English texts, early modern texts seem much more uniform. It was recommended that literary English should be based on the speech of the London area.

Ye shall therfore take the vsual speach of the Court, and that of London and the shires lying about London within lx. myles, and not much aboue. George Puttenham, Arte of English Poesie (1589).

A high degree of spoken regional variety still existed and was generally recognized. Although regional dialects were scarcely recorded, their extent can be deduced from dialect study undertaken from the eighteenth century onwards. Within England, northern and western dialects were generally known to be markedly different from written English. Evidently (as today) particular differences were specially prominent.

Pronouncing according as one would say at London I would eat more cheese if I had it, the Northern man saith Ay suld eat mare cheese gin ay hadet, and the Westerne man saith Chud eat more cheese an chad it. Richard Verstegan, A Restitution of Decayed Intelligence (1605).

There was a stylized stage version of western speech, as, for example, used by Edgar when posing as a countryman in King Lear.

Good Gentleman goe your gate, let poore volke passe: and chud haue been zwaggar’d out of my life, it would not haue bene zo long by a vortnight: nay come not neere the olde man, keepe out cheuore ye, or ile try whether your costard or my bat be the harder, chill be plaine with you. Shakespeare, King Lear, IV. vi (2nd Quarto, 1619).

Scots was a special case. In 1500 Scotland and England were separate countries and during the sixteenth century Scots can be regarded as a language distinct from the English spoken south of the border. In Scotland under James IV (1488–1512) there was a cultural flourishing, with the beginnings of Renaissance influence from the continent. After the accession of James VI of Scotland to the throne of England in 1603 the status of Scots declined. The court moved to London with the king, so that Scots lost its social prestige. Moreover writers like John Knox, who were in the forefront of the Scottish Reformation (1560) and greatly influenced Scottish literary culture, wrote mainly in southern English. Already, around 1590, the number of books printed in Edinburgh in English had overtaken those printed in Scots and after 1603 Scots ceased to be a book language.