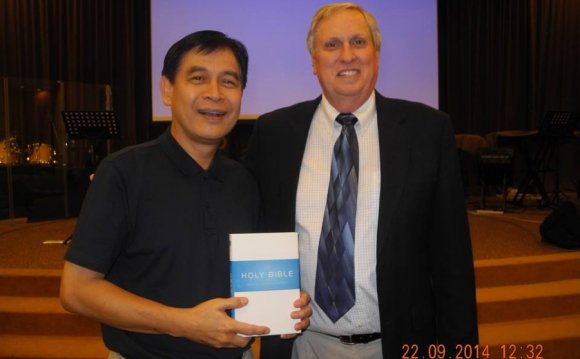 Subscribe to our Question of the Week:
Question: "What is the Modern English Version (MEV)?"

Modern English Version – Translation Method
The translators and publishers of the Modern English Version describe the translation method as “formal correspondence” or “formal equivalence, ” meaning the goal of the MEV was to be as strictly “word-for-word” as possible. The goal was to literally translate God’s Word in a way that preserves the message but remains readable for today’s world. The translators of the Modern English Version also strove to remain as close to the King James Version as possible, and so, whenever possible, the King James Version text was retained. Also for that reason, the Jacob ben Hayyim edition of the Masoretic Text (for the Old Testament) and the Textus Receptus (for the New Testament) were used as the manuscript basis.

Modern English Version – Pro’s and Con’s
Overall, the Modern English Version is, as it claims, a clear, reverent, and accurate translation of the Bible into modern English. It usually succeeds in achieving formal correspondence while maintaining readability. The MEV’s goal of staying close to the text of the King James Version occasionally results in a verse not sounding entirely modern, but this is rare. Also, its use of the same Hebrew and Greek manuscript as the KJV, completely ignoring the hundreds of important manuscripts that have been discovered since AD 1611, is questionable, at best. The Modern English Version will still receive venom and hatred from the KJV-Only crowd. Also, the publishers are closely affiliated with Charismatic denominations. However, there does not appear to be a strong Charismatic influence on any of the relevant verses.

Modern English Version – Sample Verses
John 1:1, 14 – “In the beginning was the Word, and the Word was with God, and the Word was God. The Word became flesh and dwelt among us, and we saw His glory, the glory as the only Son of the Father, full of grace and truth.”

John 3:16 – “For God so loved the world that He gave His only begotten Son, that whoever believes in Him should not perish, but have eternal life.”

Ephesians 2:8-9 – “For by grace you have been saved through faith, and this is not of yourselves. It is the gift of God, not of works, so that no one should boast.”

Titus 2:13 – “as we await the blessed hope and the appearing of the glory of our great God and Savior Jesus Christ, ”

Recommended Resources: How to Choose a Translation for All Its Worth: A Guide to Understanding and Using Bible Versions by Gordon D. Fee & Mark L. Strauss and Logos Bible Software. Related Topics:Return to:
Return to: GotQuestions.org Home

Melt With You (alternate version) - Modern English LIVE IN ...

Modern English - I Melt With You (Original Version)