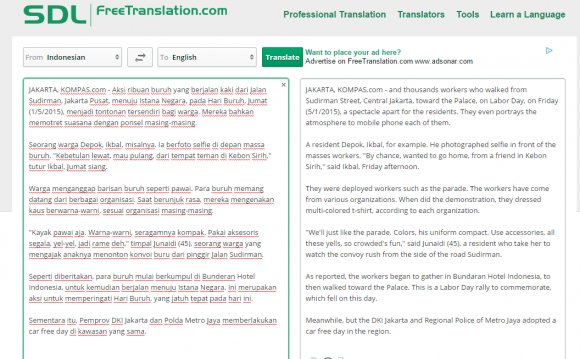 I still get a big kick out of announcing a new technology to the market. I have been involved with technology innovations all my working life, as far back as helping to develop the business plan for one of the first PCs in the market, Digital Equipment’s Robin. While really new product innovations are being released at a slowing rate, every now and then there is a really fun one.

SDL just announced a new machine translation (MT) platform, dubbed XMT. Machine translation has been around for quite some time but its uses have been somewhat limited as the qualities of the translations aren’t as good as those done by human beings. This is especially true for difficult language pairs such as English to Japanese and Chinese. XMT is a complete re-write of MT by SDL Research Labs, and one of its primary goals is to improve the quality of hard to translate language pairs.

Current machine translation technologies apply a one-size-fits-all translation algorithm universally to all language pairs, but XMT allows different algorithms to be used for different languages. This means, for example if you have to change the word order prior to translation between Japanese and English you can do it just for that language pair without affecting any others. This also means that you can create algorithms for social media formats such as Twitter and informal languages that are now popping up in different social apps.

How to Translate SDLXLIFF Files with Native XLIFF Filter ...

How to connect a machine translation engine in SDL Trados ...