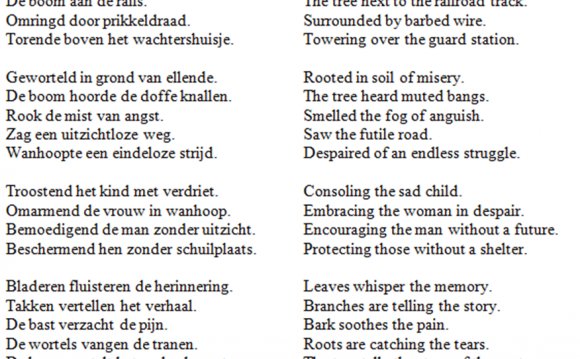 Now that you have mastered the fundamentals of Old English grammar, you are ready to learn a few tricks for translating that will make your tasks easier.

Once you can recognize the modal plus infinitive construction, you'll start seeing it everywhere in Old English poetry:

The modal and the infinitive can be in either modal+infintive or infinitive+modal order:

Ic swefna cyst secgan wille ("I wish to tell of the greatest of dreams").

The modal and the infinitive do not always need to be next to each other in the sentence:

The partitive genitive is a construction used to indicate one or more things which are a subset of a larger group. We still use the partitive genitive in Modern English in phrases such as "five of them" in the sentence "Five of them approached the king, " but we would find the phrase "Seven of people approached the king" to be ungrammatical. In Old English, however, the equivalent of "five of people" would be perfectly idiomatic. Thus we get sentences like

Note that the word "fela" ("many" ) is used very frequently with partitive genitive nouns.

At the beginning of this book, in the Word Order and Cases section, we discussed the ways the dative can be translated using Modern English prepositions. We also noted, in our discussion of the accusative case, that the accusative can be used to indicate "motion towards" something. The dative case is often used to indicate a location (hence "locative") with the idea of something being stationary rather than moving. You will almost always get this sense of the dative correct by translating with "in, " or "on, " but it can sometimes help to remember that a dative without a preposition may simply be indicating location.

Many verbs have the prefix "ge" appended to them. "Ge" often indicates a perfective form of a verb (something that has been done once and is finished), and is frequently found when the past participle is used.

You notice the prefix "ge" when you are looking up verbs in a glossary or dictionary. Usually the dictionary will list the verb alphabetically under the infinitive without including the "ge" prefix. Thus "ge&æ134;olian" would be listed under "ðolian" and "gemanian" under "manian." Words that take a "ge" prefix may be listed in a form like "(ge) ðolian" but nevertheless alphabetized under "ðolian."

But a few dictionaries will alphabetize some verbs with "ge" prefixes under "ge" (usually this is only done with the few verbs that always take a "ge" prefix).

Thus when looking up a verb in the dictionary you should first subtract the "ge" prefix and search for the infinitive. If you can't find it, then look under "ge."

There is the additional confusion that some nouns can take a "ge" prefix as well. This usually occurs in the plural and indicates some sort of jointness or togetherness about the noun: "gebroðru" ("brothers"). Again, your best bet is to mentally delete the "ge" and look up the root of the word first, only searching for the "ge" form if you don't find a root.