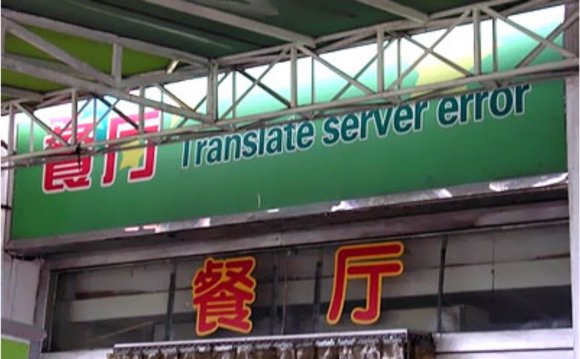 Consider the following examples of round-trip translation performed from English to Italian and Portuguese from Somers (2005):

While round-trip translation may be useful to generate a "surplus of fun, " the methodology is deficient for serious study of machine translation quality.

This section covers two of the large scale evaluation studies that have had significant impact on the field—the ALPAC 1966 study and the ARPA study.

One of the constituent parts of the ALPAC report was a study comparing different levels of human translation with machine translation output, using human subjects as judges. The human judges were specially trained for the purpose. The evaluation study compared an MT system translating from Russian into English with human translators, on two variables.

The variables studied were "intelligibility" and "fidelity". Intelligibility was a measure of how "understandable" the sentence was, and was measured on a scale of 1–9. Fidelity was a measure of how much information the translated sentence retained compared to the original, and was measured on a scale of 0–9. Each point on the scale was associated with a textual description. For example, 3 on the intelligibility scale was described as "Generally unintelligible; it tends to read like nonsense but, with a considerable amount of reflection and study, one can at least hypothesize the idea intended by the sentence".

The study showed that the variables were highly correlated when the human judgment was averaged per sentence. The variation among raters was small, but the researchers recommended that at the very least, three or four raters should be used. The evaluation methodology managed to separate translations by humans from translations by machines with ease.

The study concluded that, "highly reliable assessments can be made of the quality of human and machine translations".

As part of the Human Language Technologies Program, the Advanced Research Projects Agency (ARPA) created a methodology to evaluate machine translation systems, and continues to perform evaluations based on this methodology. The evaluation programme was instigated in 1991, and continues to this day. Details of the programme can be found in White et al. (1994) and White (1995).

The evaluation programme involved testing several systems based on different theoretical approaches; statistical, rule-based and human-assisted. A number of methods for the evaluation of the output from these systems were tested in 1992 and the most recent suitable methods were selected for inclusion in the programmes for subsequent years. The methods were; comprehension evaluation, quality panel evaluation, and evaluation based on adequacy and fluency.

How to translate with 3 free tools