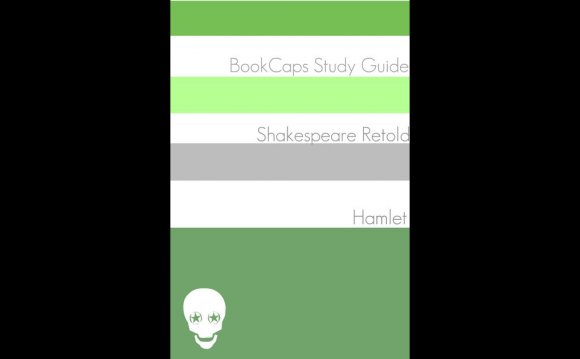 Over the years No Sweat Shakespeare users have asked us to translate many quotes from Hamlet into plain English. The list below links to the most popular Hamlet quotes and their modern English translation, whilst underneath those is a selection of other, shorted Hamlet quotes translated.

That’s an interesting request -a ‘bawd’ is a pimp – that is someone who procures a woman for the purposes of prostitution. Adding a ‘y’ to it and calling someone that is a swearword, like calling someone a ‘bastard’.

Like a villaine with a smiling cheek a goodly apple rotten at the heart.

It’s about hypocrisy. a person can smile but have an evil heart just
like an apple can look beautiful but be rotten at its core.

To be, or not to be, that is the question.

Hamlet is contemplating the idea of killing himself. He starts by
saying, ‘to exist or not to exist, that’s the question for me. Read the full “To be or not to be” translation here.

those friends thou hast, and their adoption tried
grapple them unto thy soul with hoops of steel…

Bind the friends that you have already got and can trust to you with bands of steel.

Hey I was wondering if you could help me understand Hamlets speech. alas, poor Yorick. i knew him, Horatio; a fellow of infinite jest, of most excellent fancy; he hath borne me on his back a thousand times; and now, how abhorred in my imagination it is! my gorge rises at it. here hung those lips that i have kissed i know not how oft. where be your gibes now? your gambols? your songs? your flashes of merriment, that were wont to set the table on a roar? not one now, to mock your own grinning? quite cahp-fallen? now get you to my lady’s chamber, and tell her, let her paint an inch thick, to this favour she must come; make her laugh at that. Thanks

Polonius has been talking to Hamlet. He says he would like to take his leave of him ( to go) . Hamlet says: you can’t take anything from me that I would rather lose. Then he says to himself, except my life because he’s feeling very down.

Hamlet Act II Scene 2
“I have of late, –but wherefore I know not–lost all my mirth, forgone
all custom of exercises;…”
I am lost in these words, what is this in modern english? Please help. Thanks a million.

I don’t know why it is but I have recently lost my good humour and ignored my pastimes and exercises.

Polonius has been talking to Hamlet. He says he would like to take his leave of him (to go) . Hamlet says: you can’t take anything from me that I would rather lose. Then he says to himself, except my life because he’s feeling very down.

Neither a borrower nor a lender be; For loan oft loses both itself and friend, and borrowing dulls the edge of husbandry. (Hamlet Act I, Scene III)

Don’t borrow or lend money because the lender often loses both the money and the friend, and the borrower becomes wasteful.

This above all: to thine own self be true. (Hamlet Act I, Scene III)

Above all, be true to yourself.

Though this be madness, yet there is method in ‘t. (Hamlet Act II, Scene II)

Although this is madness it seems to have some sense in it.

That it should come to this! (Hamlet Act I, Scene II)

There is nothing either good or bad, but thinking makes it so. (Hamlet Act II, Scene II)

Nothing is either good or bad: it only appears so in our own minds.

I think the lady is overdoing her protestations. She can’t mean them.

A little more than kin, and less than kind. (Hamlet Act I, Scene II)

Not very closely related and even less affection.

The plays the thing that’s going to reveal the king’s guilt.

And it must follow, as the night the day, thou canst not then be false to any man. (Hamlet Act I, Scene III)

And it must follow as the night follows the day that you can’t be untrue to anyone.

This is the very ecstasy of love. (Hamlet Act II, Scene I)

This is the great passion of love.

Keeping your comments short is the essence of intelligence.

Doubt that the sun doth move, doubt truth to be a liar, but never doubt I love. (Hamlet Act II, Scene II)

Do you think I am easier to be played on than a pipe? (Hamlet Act III, Scene II)

Do you think that I can be more easily played than a musical instrument?

I will speak daggers to her, but use none. (Hamlet Act III, Scene II)

My words will be as sharp as daggers but I won’t use violence.

When sorrows come, they come not single spies, but in battalions. (Hamlet Act IV, Scene V)

When misfortunes come they don’t come one at a time, but all together.

give thy thoughts no tongue,