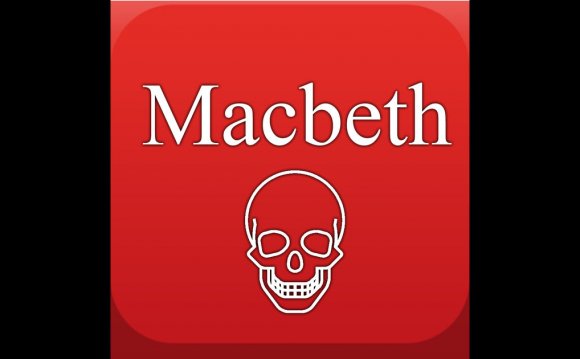 Read Macbeth’s “Is this a dagger which I see before me” soliloquy below with modern English translation & analysis.

Spoken by Macbeth, Macbeth Act 2 Scene 1
Is this a dagger which I see before me,
The handle toward my hand? Come, let me clutchthee.
I have thee not, and yet I see thee still.
Art thou not, fatal vision, sensible
To feeling as to sight? or art thou but
A dagger of the mind, a false creation,
Proceeding from the heat-oppressed brain?
I see thee yet, in form as palpable
As this which now I draw.
Thou marshall’st me the way that I was going;
And such an instrument I was to use.
Mine eyes are made the fools o’ the other senses,
Or else worth all the rest; I see thee still,
And on thy blade and dudgeon gouts of blood,
Which was not so before. There’s no such thing:
It is the bloody business which informs
Thus to mine eyes. Now o’er the one halfworld
Nature seems dead, and wicked dreams abuse
The curtain’d sleep; witchcraft celebrates
Pale Hecate’s offerings, and wither’d murder,
Alarum’d by his sentinel, the wolf,
Whose howl’s his watch, thus with his stealthy pace.
With Tarquin’s ravishing strides, towards his design
Moves like a ghost. Thou sure and firm-set earth,
Hear not my steps, which way they walk, for fear
Thy very stones prate of my whereabout,
And take the present horror from the time,
Which now suits with it. Whiles I threat, he lives:
Words to the heat of deeds too cold breath gives.

“Is This A Dagger Which I See Before Me” Soliloquy Translation:
It was totally silent. And pitch black. It was now or never. Macbeth stared into the darkness. And as he looked it seemed that a dagger hung there. He closed his eyes and opened them again. It was still there. He peered. It didn’t waver. Was it really a dagger? Its handle towards his hand?

He tried to clutch it. His hand went right through it: it was still there and yet he couldn’t feel it. Was it only a dagger of the mind, a false creation of a fevered brain?

He could still see it as he drew his own, real, dagger: it was pointing the way to Duncan’s room. He knew he was seeing things and yet it was so real. And now there was blood on it, which hadn’t been there before.

It was ridiculous. There was no such thing. He knew it was the violence in his mind that was coming out in the form of a bloody dagger.

His mind was filled with images of fear and horror and he stood there, overwhelmed by them, until a bell rang and brought him back to the business in hand.