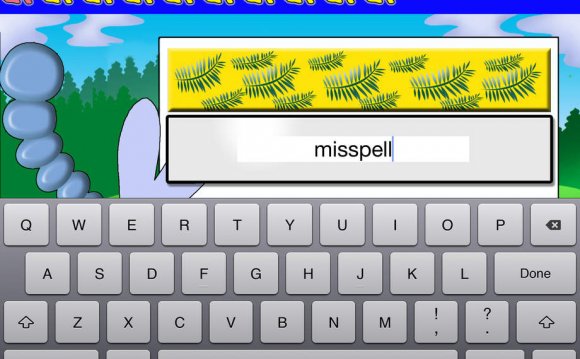 Have you ever noticed that many of our swear words sound very much like German ones and not at all like French ones? From vulgar words for body parts (a German Arsch is easy to identify, but not so the French cul), to scatological and sexual verbs (doubtless you can spot what scheissen and ficken mean, but might have been more stumped by chier and baiser), right down to our words for hell (compare Hölle and enfer), English and German clearly draw their swear words from a shared stock in a way that English and French do not. Given that nearly two thirds of the words in English come from Romance roots and only a quarter from Germanic roots, this seems odd.

English is a language whose vocabulary is the composite of a surprising range of influences. We have pillaged words from Latin, Greek, Dutch, Arabic, Old Norse, Spanish, Italian, Hindi, and more besides to make English what it is today. But the story of English is above all the story of two languages that were thrown together almost one thousand years ago and have vied with one another for possession of our vocabulary ever since. These languages are Old English and Old French; the event that bound them was the Norman Conquest, the culmination of a dispute between Harold Godwinson and William, Duke of Normandy, over the succession to the throne of England. With Harold’s death at the battle of Hastings (14 October 1066), William seized the kingdom for himself and his heirs; so effectively did he break English power that by 1086 more than 95% of land in England was in Norman hands.

Following the conquest England was thus a two-tiered society, divided upon linguistic grounds. The peasants, who served, spoke a West Germanic language, Old English, the ancestor of both modern English and modern German. The nobles, who ruled, spoke Old French, a Gallo-Roman dialect descended from Latin and spoken in northern France, the ancestor of modern French. Here, then, is the answer as to why our swear words sound so much like German ones; it is precisely because this language is ‘vulgar’ (a word derived from Latin and meaning ‘of the crowd’). Those words that we now call swear words have acquired their power to offend, at least in part, because a long term cultural prejudice has taught people to view the French vocabulary of the conquerors as elevated and cultured and the Germanic vocabulary of the conquered as distasteful and crass.

The story is more interesting, however, than a simple tale of Romance words good, Germanic words bad. There’s also the question of ‘register’; that is, the context in which certain words are used and the impression that they convey. That it was the Romance language that was superimposed upon the Germanic and not the other way around is visible in the way that some of our most fundamental vocabulary maps onto French and German. Words that define the most basic aspects of life and society often have Germanic origins. Take the body: anyone can recognise the German Haar, Hand, and Fuss; their French equivalents (cheveu, main, and pied) are less obvious. And whilst the German family looks familiar, with its Vater, Mutter, Bruder, and Schwester, the French one, with père, mère, frère, and sœur looks distinctly foreign. There may be fewer Germanic words in English, but the Germanic root gives most of the words we use in everyday speech; of the 100 most used words in English, almost all are Germanic (as is every word in this sentence, aside from sentence).

The rich man in his castle, the poor man at his gate

The two-tiered society of post-Conquest England is also visible in modern English when we examine the differing contexts in which we use words of Germanic and Romance origins that once meant the same things. Take our word for the place a person lives. The word house comes from an Old English word hus (modern German Haus) and provides the standard vocabulary unit in our language; a house can be anything from a ramshackle hut to 1600 Pennsylvania Avenue. However, we have another word in English that also means ‘house’, but that carries with it connotations of status, luxury, and wealth. That word is mansion, from Old French mansion (modern French maison), meaning ‘residence’ or ‘home’. A peasant would have called his home a hus, but a lord would have called his a mansion, and over time both words have entered into the fusion that is modern English. The French word, however, has encoded the historical bias that made a mansion grand.

Another wonderful example of this process is the way we refer to animals. Consider the modern words for a number of common animals, farmed in England since time immemorial. The words sheep, cow, and pig all have clear Old English ancestors (sceap, cu, and picg) and so their names clearly come from Germanic roots. Old French, however, has passed its words for these animals into modern English as well, but not, perhaps, in a way we might instantly expect. What did the Normans call sheep, cows, and pigs? They called them moton, buef, and porc, words which survive in modern English not as the names for the animals themselves, but rather as the names for their meat: mutton, beef, and pork. The French speaking aristocrats who ruled the kingdom might go weeks without having to speak about the animals that dotted the countryside, but they would see their meat every day; in the field, a cow might be a cu, but on the table it was buef.

The Longest Word in English (Pronounced)

From up on Poppy Hill English Dubbed