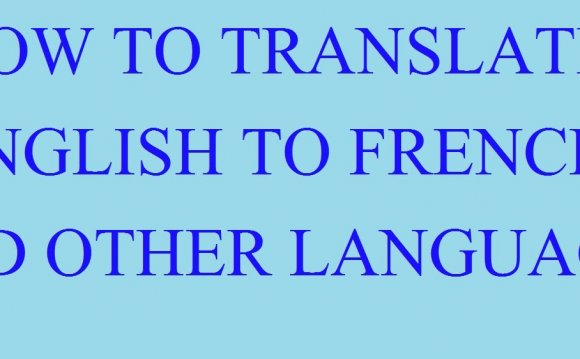 Camille Martinez is a native English speaker who’s fluent in Spanish. In her career, she’s run a language school, worked in medical translation and interpreting, and even started a translation company.

But in TED’s Open Translation Project, Martinez occupies a key role: English Language Coordinator. She is one of a handful of volunteers who help TEDx talks get transcribed in English, or translated into English, to jump-start the volunteer translation process.

“Every talk needs to be transcribed or translated into English before anything else can happen, ” she says. As a Language Coordinator, Martinez’s main task is to approve English transcripts once a transcriber has finished working on a talk in English, or after a translator has created an English script for a non-English talk. She oversees TEDx’s growing number of English-language transcribers, helping them organize their work and tackle problems that pop up as they go.

For Martinez, translating TEDx Talks is about accessibility. “I’ve heard people say that the downside of TED is that it’s for the elite; most people can’t go to the conferences. And yes, most can’t, ” she says. “But more and more people have access to the Internet. TED reaches a lot of them. It’s pretty amazing to know that it’s not just in my English-speaking country, but all over the world and that it’s getting to people even in languages that aren’t widely spoken.”

“As a language person, I appreciate that TED takes translation very seriously, ” she says. “I’m a grammar buff. Worst-case scenario, you could call it nitpicky. I just like language.”

“TED helps to elevate the status of translation, ” she continues. “There are many really good translators out there, but it’s a shockingly not-respected field. With TED, there’s a three-step process. It’s involved. It needs that in order to be high-quality.”

One TEDx talk reminded her how vital translation can be: Céline Bardet’s talk at TEDxParis on reconciliation after war crimes. “[She’s a] United Nations lawyer in war crime tribunals talking to people on the other side of the equation. And she can still feel compassion, ” says Martinez. “Sometimes when you work so hard on a talk you never want to listen to it again, but that one I’ve listened to since.”

Last summer, Martinez launched a project with a group of her OTP colleagues when she came across a 2007 short film called Inseparable, starring Benedict Cumberbatch. “He’s famous now, ” she says, “but the film isn’t.” She heard the filmmakers wanted to develop it into a full-length feature, and she offered to get it subtitled in other languages to help spread the word. She gathered 12 OTP members and they set to work.

It’s that constant support that makes the OTP experience so rewarding, say Martinez. She sums it up this way: “I’ve felt needed.”

You can be, too: Join in! As the library of TEDx talks in all languages grows, the OTP will need many more English speakers to transcribe, translate and be Language Coordinators — and you don’t need to be bilingual or have a translation background to join in. So many ideas are waiting to be unlocked across language borders, Martinez says, and people who speak English can be tremendously useful. “When I talk to friends about what I do, I encourage them to participate, and spread the word, ” she says.

How to Translate English to Hindi