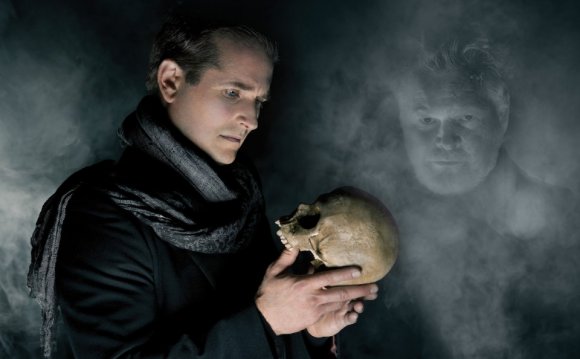 Death is everywhere. Death is in the stars. Death is in our hearts. Death is in our headlines, our houses, and our food. Thought you could crack open a “packet of cheese and onion crisps” without staring down at your inevitable mortality? That’s what Dorset, England’s Barry Selby thought, too. But he was majorly wrong.

Selby, a man in England who eats 42 packets of crisps (that’s chips for all the Americans out there) a week, thought he was having another average day of crisp-eating when he happened upon something unexpected but familiar: a skull-shaped chip to remind him that his time on this earth is impermanent. The Daily Mail has a brief interview with Selby wherein the man explained “‘I was shocked when I found it.”

Just as we all will be when death eventually strikes us down.

As a constant reminder of his mortality, Selby will keep the skull crisp on top of a computer in the front room, but he adds that he might move it to a protective box. Will he stare daily at the protective box as the skull crisp threatens his ability to properly function? Perhaps. But Selby is a lucky man, it seems. Death may be long off for him:

And it’s not the first odd-shaped snack he has come across - in the 1990s he found a crisp shaped like a 3D heart, which he kept for several years until it broke.