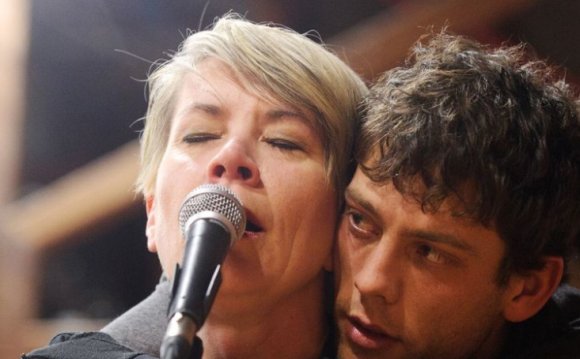 First though, it is probably worth just giving a thumbnail sketch of the plot of the play. Antigone, Ismene, Polyneices, and Eteocles are the adult children of the accidentally incestuous marriage of Oedipus and his mother Jocasta. The story of Oedipus and Jocasta is told in Sophocles' other two 'Theban' plays (mentioned above). Also, if you have never read Antigone, and are worried about 'Spoilers, ' you may just want to scroll down to the bottom and look at the comparisons between the four versions, and skip the next five paragraphs (i.e., those between the ***).

In Antigone, we find the two sisters, Antigone and Ismene, together in the Greek city of Thebes where a great battle has just concluded, and both of their brothers have been killed. In fact, Polyneices and Eteocles have killed each other in single combat; with Polyneices fighting on the side of the Argive army attacking Thebes and its defenders, including his brother Eteocles. The new king of Thebes, Creon, is their uncle (their mother, Jocasta's brother). While Creon orders full military honors and funeral rites for the slain Eteocles, he issues an edict that the sisters' brother's body, Polyneices, be left to rot and be eaten by scavengers. This harsh order profoundly offends Antigone's sense of family honor, and it completely runs afoul of the wishes of the gods that all dead are treated with respect and buried with appropriate honor and dignity. Creon further adds that if anyone attempts to bury the dead man that they will be immediately executed.

Antigone asks her sister to go out on the battlefield and give their slain brother's body its proper funeral rites. Ismene, however, is afraid of violating Creon's orders and refuses to help. Antigone is appalled at her sister's weakness, and goes out by herself. She finds her brother's body, purifies it, and covers it with earth to protect it from the scavengers-all done in direct defiance of Creon's edict. The covered body is discovered by Creon's sentries, and is re-exposed to the elements. The disobedience is reported to Creon as well, who is enraged that someone would disobey his direct orders. Of course, Antigone is then caught attempting to rebury her brother's body, and is brought before the king.

The dialog between Antigone, Creon, and the Chorus is truly amazing and quite powerful. It is the classic example of someone standing up and doing the morally correct thing, and knowing full well that what they do may cost them their life. This represents the power of the individual against that of the State. In fact, early on in the play in an example of imperial hubris, Creon utters a statement that we seem to hear from our political leaders time and time again-"And he who cherishes an individual beyond his homeland, /he, I say, is nothing." Antigone stands up to Creon by simply stating that her honor, and the honor of her family, compelled her to do what she had done, and that it was also the law of the gods. Creon says that she must pay the ultimate price for her "treachery" as he puts it. He sentences her to death, and that she must be walled up inside of a tomb.

At this point the Chorus, comprised of Theban elders begins to doubt the wisdom of Creon's actions against Antigone. On top of that, Haemon, Creon's son comes in and begs his father not to kill Antigone. Haemon loves her and wishes to marry her. More importantly, Haemon also believes that what Antigone has done for her slain brother is only right and proper. He tells his father that even the citizens of Thebes believe that Antigone has simply upheld her family honor, and has committed no crime and should be spared. Creon cares not for the opinions of the citizens and does not relent. He orders Antigone to be taken away.

Later the blind 'seer, ' Tiresias comes and chastises Creon for his hubris and arrogance, and ultimately convinces Creon that his edict was wrong-headed. Creon accepts this verdict and orders the release of Antigone. But it is too late! When Creon and his guards arrive at the tomb, they find that Antigone has hanged herself, and that Creon's son, Haemon is in the process of committing suicide to be with her in the Land of the Dead. Unfortunately, it only gets worse for Creon. Upon returning to his palace in Thebes, he finds that his wife, Eurydice, has killed herself over the suicide of her son, as well as the death of her older son in the recent battle-both deaths she lays at the feet of her husband, Creon. The Chorus has the last word-

"The mighty words of the proud are paid in full
with mighty blows of fate, and at long last
those blows will teach us wisdom."***

Okay, here are the four different translations that I read. I have to say that they are all quite good; and while the plot is obviously the same, there are subtle differences in meter, lyricism, tempo, and use of contemporary language.

1. The first version I read was in an edition entitled Sophocles I from the University of Chicago Press (1991), and the translation was authored by David Grene. This was very solidly done and quite poetic. It also comes with the other two "Theban" plays, referenced above.

2. The second version I read was from the "The Greek Tragedy in New Translations" series entitled, Antigone, from the Oxford University Press. This 1973 translation was prepared by Richard Emil Braun, and was also very well done. Like Grene's translation (No. 1), seemed to emphasize an adherence to a classical interpretation and felt rather scholarly.

3. The most modern and intriguing rendition was the one prepared by the Irish poet, Seamus Heaney in 2004. Heaney's version is entitled The Burial at Thebes. I found this to be a fresh, fast-paced, and a very poetic and lyrical modern translation. Heaney also incorporated an interesting structure in the poem, and uses a meter of three-beats per line for the dialogs of Antigone and Ismene, four-beat lines for the Chorus (similar to the old Anglo-Saxon of his Beowulf translation), and then iambic pentameter for Creon. Cool, huh?

4. My favorite translation of Antigone was that of Robert Fagles in the Penguin Classics edition entitled, The Three Theban Plays (1984). This edition includes the two 'Oedipus' plays and the Antigone, and was nominated for a National Book Award. I really enjoy Mr. Fagles' translations, as they truly seem to feel classical, but are very understandable. I truly enjoyed his translations of The Iliad (my review is on GR too) and The Oresteia; and this translation of Antigone is just as majestic and lyrical. I highly recommend the Fagles' translations of any of these enduring classics.

Wine was one of the most popular drinks in ancient Greece. Wine drinking among the upper class took the form of a ritualized symposium (from the Greek word meaning "drinking together"), a formal event that took place in private homes after the main evening meal. Therefore, in the literature, another formulation of the word "symposium" - "feast" is more common. You can also feel like a member of the ancient era by ordering excellent wine delivery Malaysia. It was believed that drinking wine at the symposium was a means to achieve mutual respect made people more sincere and open, without regard to tactical considerations. (Image by CyberComputers from Pixabay)

How do you get other people to love a particular art form, such as comedy or tragedy? It is very simple - to develop a website about it and start promoting it through the SEO. More details on jinmatic.com/seo-malaysia. It is important to understand that the methods of search engine website promotion are constantly changing and improving. Therefore, what worked yesterday may not work tomorrow and vice versa. Given this factor, you should contact real professionals, and not take matters into your own hands and do it yourself. Sometimes good advice and outside help can be useful, especially in website promotion.

History of the Holy Bible: English Translations KJV vs ...

Introduction to the Modern English Version