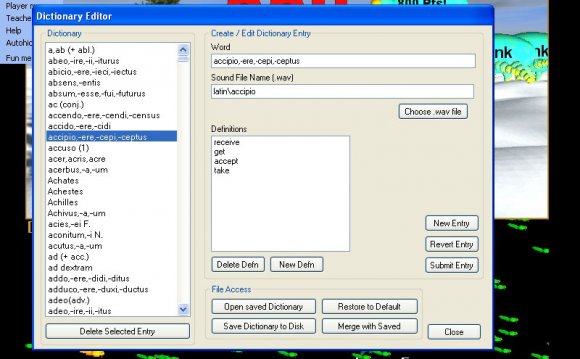 Old English is the name given to the earliest recorded stage of the English language, up to approximately 1150AD (when the Middle English period is generally taken to have begun). It refers to the language as it was used in the long period of time from the coming of Germanic invaders and settlers to Britain—in the period following the collapse of Roman Britain in the early fifth century—up to the Norman Conquest of 1066, and beyond into the first century of Norman rule in England. It is thus first and foremost the language of the people normally referred to by historians as the Anglo-Saxons.

Before the coming of the Anglo-Saxons, the majority of the population of Britain spoke Celtic languages. In Roman Britain, Latin had been in extensive use as the language of government and the military and probably also in other functions, especially in urban areas and among the upper echelons of society. However, it is uncertain how much Latin remained in use in the post-Roman period.

During the course of the next several hundred years, gradually more and more of the territory in the area, later to be known as England, came under Anglo-Saxon control. (On the history of the name, see England n.)

Precisely what fate befell the majority of the (Romano-)British population in these areas is a matter of much debate. Certainly very few words were borrowed into English from Celtic (it is uncertain whether there may have been more influence in some areas of grammar and pronunciation), and practically all of the Latin borrowings found in Old English could be explained as having been borrowed either on the continent (i.e. beforehand) or during or after the conversion to Christianity (i.e. later).