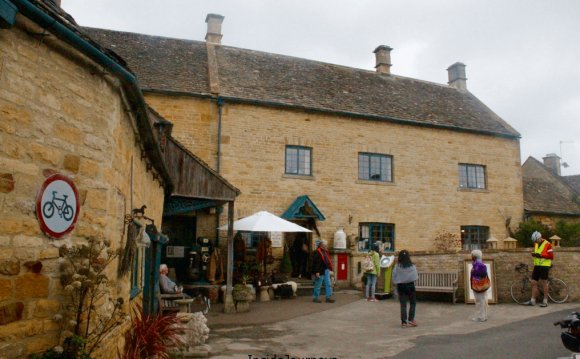 When considering the Scandinavian loanwords in English one can compare them with those from French. Immediately very obvious differences between the two cases are observed. On the one hand the varieties of Old Norse brought to England were much closer to the English of the time than was Anglo-Norman at the later period. Indeed one can safely assume that the Scandinavian invaders did not have too many difficulties in making themselves understood to their English neighbours. On the other hand the contact between the invaders and the natives was much more intense and on a wider basis than at the later stage of French borrowing into English. This is clearly reflected in the nature of the loans which took place. Given the fact that the two languages, Old Norse and Old English were so similar, the consciousness of Old Norse words being foreign must not have been as high as it was with later French loans. Note that here the terms ‘Scandinavian’ and ‘Old Norse’ are regarded as synonymous.

Although the period in which the loanwords from Old Norse obviously came into English is that of Late Old English (from the 9th century onwards) because of the somewhat artificial standardisation of Old English in the form of the West Saxon koiné the particular words from Old Norse are only to be seen in the post-Old English period. For this reason a treatment of Scandinavian loanwords has been postponed until this section on Middle English.

The first point to be noted with Scandinavian loanwords in English is that only in those cases where a Scandinavian form is different from the corresponding English can one say that a loan has taken place. In many cases the forms in both languages were similar (due to their close genetic relationship) and so cannot be retrospectively distinguished. However there are certain characteristic features of Scandinavian as opposed to English which are reliable in identifying loans. One of the simplest is the sound sequence /sk/. In Old English this had been palatalised at an early stage to /ʃ/ (graphically sc); in Scandinavian this cluster had been retained in its unpalatalised form as [sk]. This means that native English words have [ʃ]: ship, shin, shall, fish while the Scandinavian loans have [sk]: sky, skin, skill, scrape, scrub, bask, whisk. The contrast is nowhere to be seen so clearly as with the word pair shirt / skirt where the semantic differentiation of the two words has led to their both surviving throughout the history of English. A non-palatalised pronunciation of /k/ and /g/ is to be found in other words and is probably due to Scandinavian influence as well: kid, dike, get, give (from Old English giefan with [j-]), gild. In some cases a special development in Scandinavian, the so-called Faroese hardening, is responsible for unexpected consonantism, cf. egg with final /g/ where Old English (as incidentally German) would lead one to expect a purely vocalic word; this may be a motivated borrowing as the Old English word was close to, if not homophonous with the word æg [æj] ‘eye’.

The vowel in a word can also be an indication of borrowing from Scandinavian. Thus the Germanic diphthong /ai/ became /a:/ in Old English but was /ei/ or /e:/ in Scandinavian and can be used to explain an unexpected vocalism in some later English words such as aye, nay, hale, reindeer, swain. In some cases the Scandinavian loans survived into Middle English but not any further, thus one has forms such as leith, laith which did not continue in English, the Modern English word loath coming from a native form with lath / loth. However, with the pair hail and whole one sees two forms of the same etymon, the first deriving from Scandinavian and the second from a purely English source, hence the pronunciation with /ei/ and /əʊ/ respectively in Modern English. The root is also to be found in a series of other words, e.g. heal which comes from hælan and holy is from hælig.
Meaning can be used on some occasions to decide whether a word is a continuation of an English or a Scandinavian form. Thus the Modern English word bloom could have come from either Old English bloma or Scandinavian blom. But the former meant ‘ingot of iron’ and only the latter word had the meaning ‘flower, bloom’. Further cases are: gift which in Old English meant ‘price of a wife’ (cf. German Mitgift) but ‘gift, present’ in Scandinavian; plow meant a measure of land in Old English but a farm instrument in Scandinavian.

A feature of the Scandinavian influence on the vocabulary of English is that there are many cases of co-existence of Old Norse and Old English words, usually with some semantic differentiation. This is also true of later French loans but the latter are located on a higher stylistic level.

Onomastics is the study of names. These can be grouped into two broad classes: personal and place names. The latter are particularly interesting to the linguist with regard to Scandinavian influence on English. Indeed the extent of Scandinavian political and military influence in England can be determined by looking at the place names of Scandinavian origin in the north of England.

There are, for example, more than 600 places with the ending -by (meaning village, cf. names like Fleckeby, Schysby, etc. in Schleswig). The ending is also found in the word bye-law in which it means ‘town-law’. Three other endings from Scandinavian are also evidenced in English place names 1) thorpe meaning ‘village’ again (cf. German Dorf) as in Althorp, Gawthorpe, Linthorpe; 2) thwaite meaning an isolated piece of land or clearing as in Applethwaite, Braithwaite, Satterthwaite; 3) toft meaning a piece of ground or homestead as in Brimtoft, Eastoft, Nortoft. Personal names of Scandinavian origin end in English in -son (cf. German -sen) as in Stevenson, Johnson. The equivalent in Old English was the ending -ing as in Browning.

The nature of Scandinavian borrowings

Due to the fact that the Scandinavian invaders in England were in day-to-day contact with the native English population, the loanwords which are to be found in English are from everyday life. There is no split of vocabulary as there is with French loans. The following loans are grouped into word classes.