Old English words and their meanings 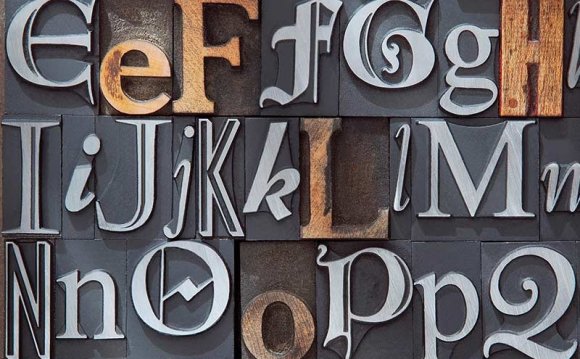 Changes in meaning are as common as changes in form. Like the latter they can be internally or externally motivated. The equivalent to the paradigm in morphology is, in semantics, the word field in which words and their meanings stand in a network of relationships. The alteration of meaning occurs because words are constantly used and what is intended by speakers is not exactly the same each time. If a different intention for a word is shared by the speech community and becomes established in usage then a semantic change has occurred.

There are different types of change which will be discussed presently. The most neutral way of referring to change is simply to speak of semantic shift which is to talk of change without stating what type it is. To begin with a series of shifts are presented to familiarise students with what is possible in the realm of semantic change.

Old English fæger ‘fit, suitable’, Modern English fair came to mean ‘pleasant, enjoyable’ then ‘beautiful’ and ‘pleasant in conduct’, from which the second modern meaning ‘just, impartial’ derives. The first meaning continued to develop in the sense of ‘of light complexion’ and a third one arose from ‘pleasant’ in a somewhat pejorative sense, meaning ‘average, mediocre’, e.g. He only got a fair result in his exam.

Gentle was borrowed in Middle English in the sense of ‘born of a good-family, with a higher social standing’. Later the sense ‘courteous’ and then ‘kind, mild in manners’ developed because these qualities were regarded as qualities of the upper classes.

Lewd (Old English læwede) originally meant ‘non-ecclesiastical, lay’, then came to mean ‘uneducated, unlearned’ from which it developed into ‘vulgar, lower-class’ and then through ‘bad-mannered, ignorant’, to ‘sexually insinuating’.

Sophisticated meant ‘unnatural, contaminated’ but now has the sense of ‘urbane, discriminating’. The word sophistry (from Old French sophistrie) still has its original meaning of ‘specious, fallacious reasoning’.

Artificial originally meant ‘man-made, artful, skillfully constructed’, compare artifice ‘man-made construction’. But by comparison with ‘natural’ the word came to acquire a negative meaning because everything which is natural is regarded positively.

Nice (Latin nescius ‘not knowing') is recorded from the 13th century in the sense of ‘foolish’, then it shifted to ‘coy, shy’ and by the 16th century had the meaning ‘fastidious, dainty, subtle’ from which by the 18th century the sense ‘agreeable, delightful’ developed.

Silly (Old English sēlig ‘happy, fortuitous') had by the 15th century the sense of ‘deserving of pity’ and then developed to ‘ignorant, feeble-minded’ and later ‘foolish’.

The following graphs show two further cases of semantic shift in which the increase in the scope of one word is paralleled by the reduction in scope of a related word.

In English there has been considerable fluctuation in the preterite and past participle ending after sonorants for weak verbs: either a voiced /-d/ or a voiceless /-t/. This has resulted in the exploitation of the two options for semantic purposes. The situation for most varieties of English today is that the ending -ed stresses the process of the verb and the ending -t emphasises the result as seen in the following examples.

POLYSEMOUS WORDS These are words which have a basic and a related figurative meaning, e.g. foot and foot of the mountain. Characteristic for the figurative meaning is that it occurs in a phrase in which its metaphorical use is clear. But with time the secondary use may occur without any specifying information. This is the first step towards a shift from basic to figurative meaning as the unmarked member of a pair. For instance decimate formerly meant to reduce to one tenth in size (from Latin decem) but now the secondary meaning ‘to waste, destroy’ has become the primary meaning and the original basic one is lost. An example of a word which has both meanings in equilibrium would be headache which means both ‘pain in the head’ and ‘unwanted problem’ (also true of German, cf. Das bereitet mir grosse Kopfschmerzen). DOES A LANGUAGE LOSE WORDS? The answer to this question is not simple. The clearest instance is where a word is borrowed from another language and the original word is then lost. This has happened with Old English niman (cf. German nehmen) which was replaced in Middle English by take from Norse taka. However, most loans do not lead to the replacement of native words with similar meanings. Rather they attain connotations which the native words do not possess.

There may be an instance or two where a word almost dissolves phonologically. Old English æa from an earlier *ahu (cognate with Latin aqua and represented in German by Aue) was [æ:], and would have raised to [ɛ:, e:, i:] if it had continued, but it was replaced by the more substantial stream (itself from Old English) and river (a French loan in Middle English).