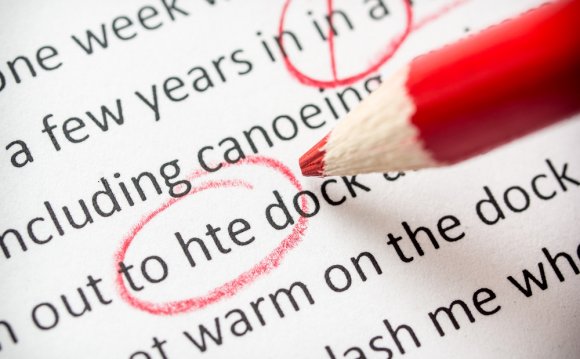 This month’s word of the month is ‘Lodmanage’, which is a word meaning ‘navigation’, taken from the domain of Shipping.

Shipping, particularly international shipping, is a fascinating aspect of everyday medieval life to explore from a linguistic perspective. Historian Maryanne Kowaleski (2009) has argued that English shipmasters would have probably been able to speak French because they would have travelled to foreign ports, from Flanders to Bordeaux, where they would have had to communicate with a variety of people who made their living from the sea, from merchants to customs officials. French was not only the language of maritime law and port town records, she argues; it was also a practical, oral vernacular that would have been spoken on the dock, by English and French mariners alike.

Indeed, it has been suggested by several scholars that French acted as a sort of ‘lingua franca’ of the Atlantic, a common argot that would probably have been (at least partly) understood by a range of European sailors. This compares with Arabic, which became a kind of lingua franca around the Indian Ocean during the medieval period. Later on, a nautical version of Portuguese achieved the same wider currency. Individual languages such as Turkish also adopted nautical terms from other languages around this time. It is in this global, international context that this month’s blogpost explores the word ‘lodmanage’, and other words relating to navigation, in both Anglo French and Middle English.

We find the following point significant Bins and Storage Baskets.

The word ‘navigation’ itself has several related senses. The sense relating to seafaring is defined by the OED online as ‘the action or practice of travelling on water in a ship or other vessel; sailing’. Etymologically, it is related to the Middle French, French word navigation’, which in late 13th Century Old French meant ‘voyage’ and came to mean the ‘action of travelling by water’ by the mid 16th Century, or the ‘art or science of travelling by sea’ (mid 16th cent.). The classical Latin etymon for the word is ‘navigation’ or ‘navigatio’. The first citation listed by the OED for this nautical sense of ‘navigation’ dates from 1539, when Thomas Elyot wrote in the Castel of Helthe:

‘Navigation or rowyng nigh to the lande, in a calme water is expedient for them that haue dropsies’.

So the modern word ‘navigation’ entered the language at a relatively late date. By contrast, ‘lodmanage’, which is etymologically derived from Old English ‘ladman’, Middle English ‘lodman’, a word for a ship’s navigator, is present in the language at an earlier date. It’s been chosen as the word of the month for several reasons. Firstly, it is the only word for seafaring related navigation that occurs in both Anglo French (or Anglo Norman as it is sometimes referred to) and Middle English. It therefore appears on both sides of the Bilingual Thesaurus of medieval England. In Anglo French, it is cited in the following two quotations, the earliest dating from 1283:

In Middle English, ‘lodmanage’, meaning ‘Navigation, skill in navigation; also, a course followed’ in a maritime context, is first found in the Prologue to Chaucer’s Canterbury Tales, dating from c.1387 – 1395:

It’s also found in a variety of other sources, mainly works by the writer John Lydgate, but also Piers of Fulham’s Conceits in Love:

The second reason ‘lodmanage’ is so interesting is because it is a borrowing from English into Anglo French, rather than vice versa. As stated above, the international nature of medieval seafaring led to the adoption of many ‘foreign’ terms into nautical vocabularies. We know that the French nautical vocabulary includes English and Celtic words describing the operation of a ship (including our word of the month), Dutch terms for ship construction, and German words for combat. Linguistically, ‘lodmanage’ is an interesting word because it is an example of a French affix, specifically ‘age’, being attached to an English stem (lodman), indicating the interaction of the two languages at a morphological level. There is also a continental French equivalent, ‘lamanage’, which may or may not have been borrowed from English.

So what about other words relating navigating the waves in the medieval period? Well, there appear to be two other contenders in Anglo French, namely ‘governaille’, which meant the action of steering a ship and/or navigating:

There is also the word ‘navire’, although it only appears in a single citation, given below:

In Middle English, there are three other words for navigation on the sea: ‘governaunce’, similar in form to the Anglo French governaille, ‘navigaunce’, related to the modern day word ‘navigation’ and ‘ship-craft’, which appears in (among other places), John Trevisa, Bartholomaeus’s De Proprietatibus Rerum (ME translation) as can be seen in the quotation below:

However, ‘lodmanage’ appears in the language before all of these words, according to the textual sources that survive. It contributes to the complex etymological picture of English sea terms. As Kowaleski points out, Old Norse and Low German contributed to a particularly large number of these terms, ‘including many that refer to essential parts of the ship, such as ‘bow’ and ‘keel’, or to the types of wood and nails used in shipbuilding’. French terms for parts of ships such as ‘bilge’, ‘plank’ or ‘cabin’ also found their way into English, but did not originally have specifically nautical meanings. On the link between Anglo French and English, a final thought to leave you with is that because of seafaring, and specifically the regular contact between French-speaking English mariners and native French speakers making their livings from the sea, Anglo French was not as ‘insular’ and isolated from Continental French as some scholars have previously suggested.

Gold for Poland and the USA in Medieval Combat Long Sword ...