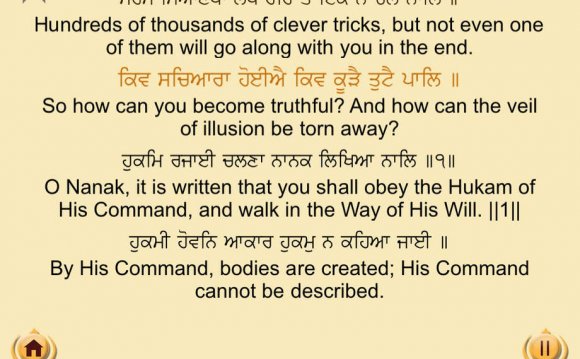 A student in my Old English class asked a good question today in her class blog:

I’m confused. The point of this class is to be able to read Old English. Does this mean we are supposed to be building a lexicon that would eventually become so engrained in us that the words don’t require as much of a “translation” as an innate understanding of the meaning of the text? This seems rather frightening. When I hear the words “nominative accusative singular” sweep one after the other my head begins to spin. I have to look at the dictionary three times in three minutes to remember what one word means.

I think what process seems natural to me would be to translate a sentence, and after knowing what the words are in modern English, to determine what words are nominative, objects, etc. in the translated sentence. At which point I would then transfer this over to the Old English. Is this wrong? Is the point to learn to do that without first translating it into Modern English? If so, I feel like I should break a bad habit before it starts.

The question touches on the two main issues we face in translating from Old English to Modern English: Lexis (i.e. the meaning of the words) and Syntax (i.e. the grammar that ties the words together in a sentence).

Although, because OE is often very close to Modern English in Syntax, it might look like you can translate the meaning of a sentence accurately by just looking up the meaning of the words and writing them out (i.e. doing a lexical translation alone or first), there are enough differences that this will lead to trouble when you get more complex Old English (especially poetry).

You can see this in Modern English if you consider the following group of words: Because had Friday money no on on Saturday Store Suzy the to Tom went.

Although we understand what all of these words mean lexically, the “sentence” they form doesn’t make any sense to us because the syntax doesn’t conform to any rules of Modern English (I just arranged the words alphabetically). In order to get a real sentence out of this, we need to know more about the intended syntax as well, which in Modern English means the intended word order. If I put the words in a word order that reflects Modern English syntatic rules, the sentence suddenly makes sense: Because Tom went to the store on Friday, Suzy had no money on Saturday.

The primary equivalent of this in Old English is its inflections: nominative, accusative, dative, genitive, etc (Old English relies on word order as well, but word order is less important than inflection: there is some evidence to show that scribes fail to understand sentences that have appropriate word order but errors in inflection; in Modern English, we almost always assume that word order is correct and the inflections are wrong if there is a contradiction between the two).

In order to understand fully a sentence in Old English, therefore, we need to know what endings are associated with each word in the sentence and what those endings indicate about the relationship of the word to the rest of the sentence. Because Modern English doesn’t rely on inflections as much as Old English, our “translation” of our analysis of this syntax will be reflected in the word order we choose.

Now, because Modern English is descended from Old English, word order in the two languages is often identical and you can “get away” with just translating the words: e.g. Sēo sunne is miċel, “The sun is big.”

The problem is that you can’t rely on this: Old English and Modern English word order can diverge even in simple sentences; they do diverge in more complex sentences and especially in more literary contexts like poetry or artistic prose. If you haven’t got into the habit of analysing the Old English grammar as well as translating the meanings of the words, you can run into real problems when you hit a sentence where the word order is different from what we can allow in Modern English.

Here’s a simple example to show what I mean:

The stone struck the woman

This sentence makes sense in Modern English, so if you only translate the words, you will be tempted to stop here.

But if we analyse the endings, we’ll see that a purely lexical translation gets things exactly wrong. Here is an anlysis of the endings in the sentence. ASM = accusative singular masculine, NSN = nominative singular neuter, 3SPast = 3rd person, singular, past tense:

(note: although stān and wīf don’t have any endings, we know their grammatical information because of the demonstrative pronouns that precede them: þone and þæt respectively)

We Dare You Translate These Marathi Sentences In English ...

Learn English - Sentences: Linkers 2 (when, while, before ...