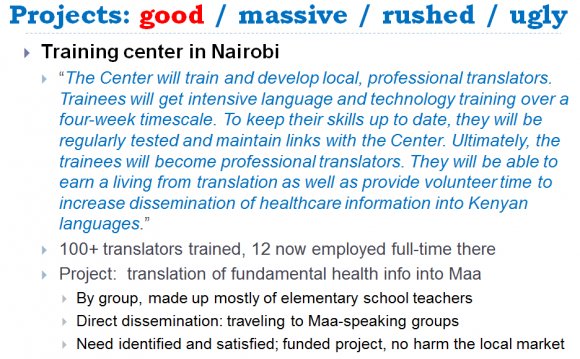 God that art of myghtis most,
Fader and Sone and Holy Gost,
That bought man on rode so dere;
Shilde us from the fowle fende
That is about mannys sowle to shende
All tymes of the yere.
Symtyme the fende hadde postee
Forto dele with ladies free
In liknesse of here fere;
So that he begat Merlyng and mo
And wrought ladies so mikil wo
That ferly it is to here. (1-12)

Most mighty God, Father, Son and Holy Ghost, that saved mankind on the cross so dear, shield us from the foul fiend that is ready to destroy mans soul all times of the year. Once the fiend had the power to couple with noble ladies in the image of their husband, so that he begat Merlin and others and brought ladies so much sorrow that it is amazing to hear.

It is a strange thing that a fiend could make women with child; they had no form, so they took on that of men; the clerks say how, though that wont be discussed now, as Christ shields me from shame. But I will tell you of a great warlock and the sorrow he brought his mother with his wild works. May Jesus Christ, that blithe child, give joy to those who love to hear of marvels that have happened. I long sought a Breton lay and from it found a tale that is lovely to tell.

There was a duke in Austria who married a lady of unsurpassed beauty, bright like a lily with a complexion as rosy as briar blossoms. Knights of honor jousted on the first day of their wedding feast in honor of the duchess. The duke himself won ten steeds and brought down doughty men, cracking many a skull.

The duke and duchess lived together happily for over ten years, but she had no children and their joy began to wane. The duke told her:

I believe you must be somewhat barren, and it is best we part. Im wasting my time on you, for our lands will be without an heir,  but he could not continue on account of his weeping.

The lady sighed and looked pale and unhappy because she could not conceive. She prayed to God and Mary that she could have a child, and didnt care by what means. One day in her orchard she met a man who looked just like her husband, who sought her love and had his will with her under a tree. When he was finished, he quickly stood up, a shaggy fiend, and looked at her.

He said, I have begotten a child on you who will be wild in his youth and mightily wield weapons. She crossed herself and ran from him to her strongly built chamber. She told her husband that they would conceive a child that night who would be their heir:

An angel came from heaven, who I believe was Gods messenger, and told me it would be tonight. Then our strife will end. They went to bed eagerly that night and made love, and she carried the child begotten by the fiend until God relieved her of her burden.

The child within her was none other than Merlins half brother, for one fiend begat them both. He did nothing other than tempt young women to lie with him. Every day the duchess grew greater and at last delivered one who could do harm. The duke carried him to church, had him christened and called him Gowther, who would soon grow famous and violent. The duke comforted the duchess, and sent for the best wet-nurses in the country, wives of good knights. The baby suckled them to death and had soon slain three. The father sent for six more, and within twelve months nine noble wet-nurses were dead. The knights of the country gathered together and refused to send their wives to nurse Gowther. His mother met with misfortune when she tried to nurse him and he tore off her nipple; she fell backwards, called for a priest, and fled to her chamber. She was promptly healed by physicians but women dared not nurse the child, so he was fed rich food, as much as he wanted.

When he was fifteen years old, Gowther made a falchion of steel and iron that only he could bear, and he grew fierce and terrorized many folk. He grew more in one year than do other children in six or seven, and was able to ride. Though he was wicked in all kinds of ways, the duke did not chastise him but made him a knight, with a cold, broad sword. There was no one in the land who could withstand his blows. The duke died of sorrow, and his mother could not hide her care. Though she had great sorrow for him, she fled to a castle of lime and stone, which she made strong and stayed there. Her men were cruelly beset by Gowther, and when they met him by the way they cursed that his mother ever fed him, for he slew them with his falchion and cut their horses backs in two; they all dreaded such perils.

Now a duke of great renown, he beat down men of the Church wherever he met them. He attended no mass, matins, or friars preaching, I swear. He worked his fathers will any time and any place. He loved hunting best, in park, wood and forest, street and path, wherever he might find it. One day he went hunting and rode to a nunnery he saw by the highway. The prioress and her nuns met him in procession quickly, for they feared him. He and his men lay with them, then burned them in their church, and his name became known far and wide for such acts. He gave grief to all, young and old, who believed in Christ. He ruined maidens for marriage through rape, took wives against their will and killed their husbands. He forced friars to leap from cliffs and hung parsons on hooks and slew priests. He loved to burn hermits, he set fire to a poor widow, and caused much woe.