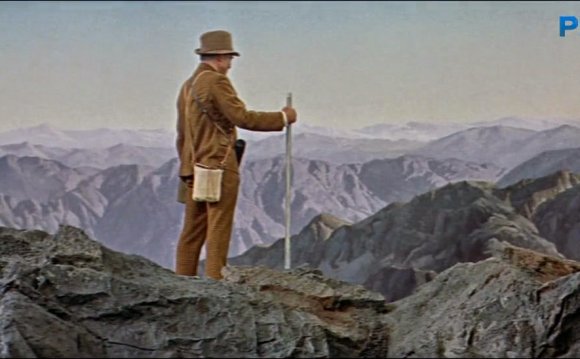 This Wycliffite New Testament was copied in a cursive script by a professional scribe named Richard Robinson several centuries after Wycliffe. Readers interested in the Wycliffite Bible had access to the text only in manuscript form until 1850, when the translation first appeared in print.

In medieval Europe, those who were literate read the Latin Bible; the illiterate might memorize Latin texts like the Psalms through recitation during church services. Only in England was there a strong popular movement for accessing the Bible in the vernacular, in part as a result of the teachings of John Wycliffe.

Wycliffe (c. 1320-84) taught that the Bible provides inerrant truths that should guide religious and political government. He and his followers believed the Bible should be available to all people in their own language—in the case of the peasants and middle class, English (specifically, an earlier form of the language known as Middle English). Wycliffe, or members of his circle, produced a New Testament in the 1380s, translated from the Latin Vulgate. Since the Wycliffite Bible appeared during a period of social, political, and religious unrest, authorities perceived English-language Bibles as symbols of heresy. Wycliffe's teachings were condemned in 1382. In 1409 the Archbishop of Canterbury prohibited the translation of any biblical text into English as well as the reading of such texts. English-language Bibles were pushed underground for the next 130 years.

The Beginning of the New Testament Translated by William Tyndale, 1525.Oxford: Clarendon Press, 1926.

This facsimile reproduces the only surviving fragment of Tyndale's 1525 Cologne edition of the New Testament, which comprises Matthew 1:1-22:12. The original is housed in the British Library. Later translators relied heavily on Tyndale's work of transforming biblical Hebrew and Greek into the everyday English of his time.

In the early 16th century William Tyndale (c. 1494-1536), inspired by the work of Martin Luther, wanted to translate the Bible into English. Unable to win the approval of English religious authorities, Tyndale moved to Germany and began translating the New Testament from Greek. This translation went to press in Cologne in 1525, but the print shop was raided and Tyndale had to flee. He resumed his work elsewhere, publishing a complete New Testament the following year; copies were smuggled into England. Tyndale next published portions of the Old Testament and revised his New Testament translation. Shortly after Henry VIII broke with the Catholic Church, Tyndale moved to Antwerp, where many illegal English books were produced. There he was arrested and charged with heresy and provoking sedition in England. Tyndale was convicted and executed in August 1536.

In 1538, Henry VIII reversed the policy toward vernacular translations of the Bible, realizing that English Bibles were politically expedient for the new Church of England. A new Bible translation was endorsed by the Archbishop of Canterbury. Known as the Great Bible, this translation was based on the work of Tyndale and his successor, Myles Coverdale. It appeared in 1539.

William Tyndale. The Obedience of a Christian Man. Reprinted in The Whole Workes of W. Tyndall, John Frith, and Doct. Barnes, Three Worthy Martyrs, and Principall Teachers of This Church of England.London: John Daye, 1572.

The Obedience of a Christian Man, first printed in 1528, is Tyndale's most influential work after his Bible translation. Tyndale argues the need for reform of the Catholic Church. In the passage displayed here, he asserts that the Bible should be translated into English, and that English is a more fitting language to render the original Hebrew and Greek texts than Latin.

The Great Bible. (The Byble in Englishe, that is, the Olde and New Testament, after the translacion appointed to bee read in the churches.)