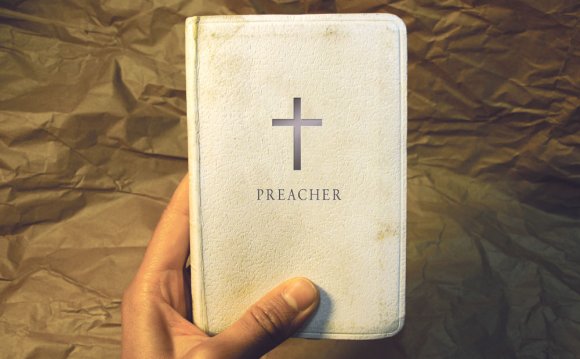 Christians believe that Jesus of Nazareth is the Christ or Messiah predicted in Jewish scriptures. The Christian Bible therefore incorporates as its first part the Jewish scriptures - the Old Testament. The second part, or New Testament, relates the life, death and resurrection of Jesus Christ, and the history of the early church.

The first books of the New Testament are the Four Gospels traditionally attributed to Matthew, Mark, Luke and John. They are followed by the Acts of the Apostles, describing the experiences of the followers of Jesus after his death, including the pivotal event of Pentecost when the Holy Spirit descended upon them. This moment is often regarded as the beginning of the Christian church. Almost all the other 22 books comprise the Epistles (letters) written by Paul and other Apostles to early Christian communities. The final book is an apocalyptic vision, called Revelation.

The New Testament canon (that is, the 'official list') comprises the writings recognised by the early Christian church as divinely inspired. No Christian texts are known to have been written during Jesus's lifetime on earth. The first were probably not the Four Gospels, but the Letters of Paul and other Apostles. By 100 CE all of the New Testament books had been written, as well as other texts including more Gospels. These reflected the variety of spoken traditions and recollections of Jesus which circulated after his death. By the fourth century the process of canonisation was more or less complete. Some books, including many Gospels, were excluded.

It is thought that all of these texts were originally written in Greek. As the Christian world expanded, translations of the New Testament into various regional languages were sanctioned. The most important of these included Syriac, the first translations to be made, Coptic, dating from the seconnd century, and Latin, most famously the Vulgate version of St Jerome, made in the fourth century.

Weren't Bibles available in English before?

The official language of the medieval Church was Latin - the language of the Roman Empire, which had adopted Christianity as its religion during the fourth century. Christians continued to be governed from Rome by the Pope during medieval times. Church services were conducted in Latin throughout the Christian world, and translation of the Latin Bible into the vernacular, in other words the local language anyone could understand, was actively discouraged. Translations of the Bible into various forms of English, such as Old English, were made over the centuries, but these were hand-written copies with a very limited circulation.

However, by the 1500s vernacular Bibles were available in parts of Europe, where they added fuel to the popular questioning of religious authority initiated by the monk Martin Luther - a religious crisis known as the Reformation, which resulted in the splitting of Christianity into Catholic and Protestant Churches.

In England however, under the 1408 Constitutions of Oxford, it was strictly forbidden to translate the Bible into the native tongue. This ban was vigorously enforced by Cardinal Wolsey and the Lord Chancellor, Sir Thomas More, in an attempt to prevent the rise of English 'Lutheranism'. The only authorised version of the Bible was St Jerome's Vulgate, which was understood only by highly-educated people.

How did the King James version come about?

The English translation of the New Testament by William Tyndale published in 1525 was the first to be circulated in print, but as a result of its suppression only three copies are known to survive. Tyndale was eventually executed.

But by Shakespeare's time, England had split with Rome, and the political scenery had changed markedly. Bibles in English were now available, such as Henry VIII's authorised 'Great Bible'; the 'Geneva Bible', copiously furnished with Protestant footnotes; and even the Church's 'Bishop's Bible', published as a failed response to the popularity of the Geneva.

King James I (r. 1603-25; he was also James VI of Scotland) abolished the death penalty attached to English Bible translation, and commissioned a new version that would use the best available translations and sources, and importantly, be free of biased footnotes and commentaries.

The translation committee of 50 scholars drew on many sources, especially Tyndale's New Testament (as much as 80% of Tyndale's translation is reused in the King James version). They commented: "Truly, we never thought, from the beginning...that we should need to make a new translation, nor yet to make of a bad one a good one; but to make a good one better, or out of many good ones, one principal good one."

The result was first printed in 1611, and was 'appointed to be read in churches'. For this purpose, it was published in a large format, suitable for public use, and without illustrations. The use of the antiquated 'black letter' font was intended to add status and authority to the new version.

The King James Bible remains the most widely-published text in the English language.

Why do some of the letters look strange?

Several aspects of the typography stand out to modern eyes. Most noticeable of these is the use of the 'long s', visually resembling (but not pronounced as) a modern 'f' (as in the word 'Goſpel'). The modern form of the letter 's' was only used at the end of words, and in a few other specific circumstances. The 'long s' persisted in English print until the late 1700s, and survives in mathematics today as the symbol to denote an integral ('s' to denote a sum of infinitesimals).

Other striking features include: that the letter 'j' has not yet fully grown away from 'i' ('Iohn' vs. 'John'); that the letter 'v' has not developed from 'u' ('euery' for 'every', verse 9); and that there are two alternative forms of the lower-case 'r', selected according to no clear logic (see the word 'preferred' in verse 15 for instance).

The KING JAMES ONLY MOVEMENT

Mike Hoggard- Why The King James Bible Is The Best English ...