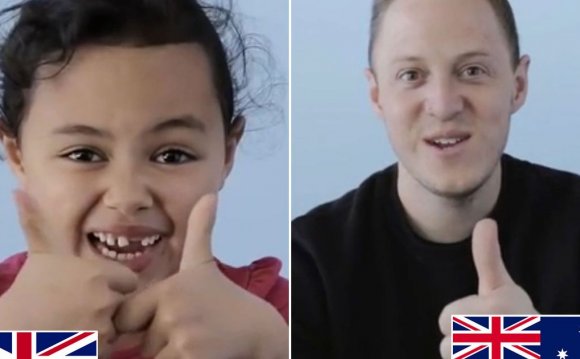 Memorial to Cædmon, St Mary's Churchyard, Whitby. The inscription reads, "To the glory of God and in memory of Cædmon the father of English Sacred Song. Fell asleep hard by, 680.

Cædmon ( or ) is the earliest English (Northumbrian) poet whose name is known. An Anglo-Saxon who cared for the animals at the double monastery of Streonæshalch (Whitby Abbey) during the abbacy (657–680) of St. Hilda (614–680), he was originally ignorant of "the art of song" but learned to compose one night in the course of a dream, according to the 8th-century historian Bede. He later became a zealous monk and an accomplished and inspirational Christian poet.

Cædmon is one of twelve Anglo-Saxon poets identified in medieval sources, and one of only three of these for whom both roughly contemporary biographical information and examples of literary output have survived. His story is related in the ("Ecclesiastical History of the English People") by Bede who wrote, "[t]here was in the Monastery of this Abbess a certain brother particularly remarkable for the Grace of God, who was wont to make religious verses, so that whatever was interpreted to him out of scripture, he soon after put the same into poetical expressions of much sweetness and humility in Old English, which was his native language. By his verse the minds of many were often excited to despise the world, and to aspire to heaven."

Cædmon's only known surviving work is, the nine-line alliterative vernacular praise poem in honour of God which he supposedly learned to sing in his initial dream. The poem is one of the earliest attested examples of Old English language and is, with the runic Ruthwell Cross and Franks Casket inscriptions, one of three candidates for the earliest attested example of Old English poetry. It is also one of the earliest recorded examples of sustained poetry in a Germanic language. In 1898, Cædmon's Cross was erected in his honour in the graveyard of St. Mary's Church in Whitby.

The sole source of original information about Cædmon's life and work is Bede's Historia ecclesiastica. According to Bede, Cædmon was a lay brother who cared for the animals at the monastery Streonæshalch (now known as Whitby Abbey). One evening, while the monks were feasting, singing, and playing a harp, Cædmon left early to sleep with the animals because he knew no songs. The impression clearly given by St. Bede is that he lacked the knowledge of how to compose the lyrics to songs. While asleep, he had a dream in which "someone" (quidam) approached him and asked him to sing principium creaturarum, "the beginning of created things." After first refusing to sing, Cædmon subsequently produced a short eulogistic poem praising God, the Creator of heaven and earth.

Upon awakening the next morning, Cædmon remembered everything he had sung and added additional lines to his poem. He told his foreman about his dream and gift and was taken immediately to see the abbess. The abbess and her counsellors asked Cædmon about his vision and, satisfied that it was a gift from God, gave him a new commission, this time for a poem based on "a passage of sacred history or doctrine", by way of a test. When Cædmon returned the next morning with the requested poem, he was ordered to take monastic vows. The abbess ordered her scholars to teach Cædmon sacred history and doctrine, which after a night of thought, Bede records, Cædmon would turn into the most beautiful verse. According to Bede, Cædmon was responsible for a large number of splendid vernacular poetic texts on a variety of Christian topics.

After a long and zealously pious life, Cædmon died like a saint: receiving a premonition of death, he asked to be moved to the abbey's hospice for the terminally ill where, having gathered his friends around him, he expired, after receiving the Holy Eucharist, just before nocturns. Although he is often listed as a saint, this is not confirmed by Bede and it has recently been argued that such assertions are incorrect.

The details of Bede's story, and in particular of the miraculous nature of Cædmon's poetic inspiration, are not generally accepted by scholars as being entirely accurate, but there seems no good reason to doubt the existence of a poet named Cædmon. Bede's narrative has to be read in the context of the Christian belief in miracles, and it shows at the very least that Bede, an educated and intelligent man, believed Cædmon to be an important figure in the history of English intellectual and religious life.

Bede gives no specific dates in his story. Cædmon is said to have taken holy orders at an advanced age and it is implied that he lived at Streonæshalch at least in part during Hilda's abbacy (657–680). Book IV Chapter 25 of the Historia ecclesiastica appears to suggest that Cædmon's death occurred at about the same time as the fire at Coldingham Abbey, an event dated in the E text of the to 679, but after 681 by Bede. The reference to his temporibus 'at this time' in the opening lines of Chapter 25 may refer more generally to Cædmon's career as a poet. However, the next datable event in the Historia ecclesiastica is King Ecgfrith's raid on Ireland in 684 (Book IV, Chapter 26). Taken together, this evidence suggests an active period beginning between 657 and 680 and ending between 679 and 684.

The only biographical or historical information that modern scholarship has been able to add to Bede's account concerns the Brittonic origins of the poet's name. Although Bede specifically notes that English was Cædmon's "own" language, the poet's name is of Celtic origin: from Proto-Welsh *Cadṽan (from Brythonic *Catumandos). Several scholars have suggested that Cædmon himself may have been bilingual on the basis of this etymology, Hilda's close contact with Celtic political and religious hierarchies, and some (not very close) analogues to the Hymn in Old Irish poetry. Other scholars have noticed a possible onomastic allusion to 'Adam Kadmon' in the poet's name, perhaps suggesting that the entire story is allegorical.

No other independent accounts of Cædmon's life and work are known to exist. The only other reference to Cædmon in English sources before the 12th century is found in the 10th century Old English translation of Bede's Latin Historia. Otherwise, no mention of Cædmon is found in the corpus of surviving Old English. The Old English translation of the Historia ecclesiastica does contain several minor details not found in Bede's Latin original account. Of these, the most significant is that Cædmon felt "shame" for his inability to sing vernacular songs before his vision, and the suggestion that Hilda's scribes copied down his verse æt muðe "from his mouth". These differences are in keeping with the Old English translator's practice in reworking Bede's Latin original, however, and need not, as Wrenn argues, suggest the existence of an independent English tradition of the Cædmon story.