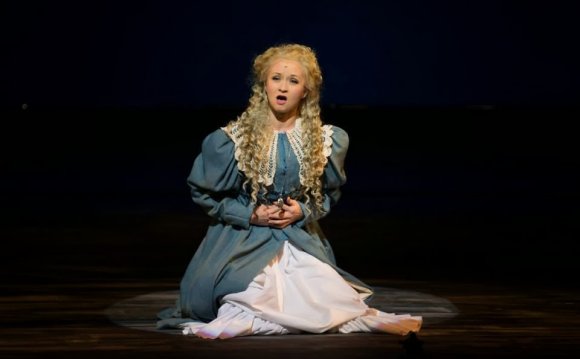 When is a translation more than just a translation? When might it become an imitation? What happens when translators adopt, transpose, and freely modify writing in one language as they turn it into another? How does a translator do more than merely convey the words or sense of the original, and instead recreate something of the style and elegance of that language?

Aficionados of Latin and the curious layman alike had a wonderful opportunity to grapple with these questions at a talk on Latin as a language of translation in Renaissance England, given at UCL on 10 October by Professor Gesine Manuwald, in the first of this year’s ‘Translation in History’ lectures.

An expert on Roman literature, Professor Manuwald, Head of UCL Greek and Latin , drew on her extensive interests in the reception and writing of Latin literature in England. In Elizabethan England, Prof. Manuwald explained, Latin was not only used as a literary language by English writers because it allowed them to reach a wider European audience (as Francis Bacon would prove); it also served as a language for developing fluency and stylistic elegance.

Just as a new exhibition on Queen Elizabeth I opens its doors at the National Portrait Gallery, Prof. Manuwald reminded us that there was more to this remarkable monarch than ermine furs and sumptuous portraits. As a fluent translator herself, Elizabeth was quick to draw attention to her own impressive powers of translation, claiming that her ‘distinguished and superior’ knowledge of languages was ‘highly esteemed because unusual in my sex’.

To make sense of Queen Elizabeth’s own translations, both from and into Latin, Prof. Manuwald showed how these writings could be related to a rich and varied body of theories of translation, from Cicero in the 1st century BC, to King Alfred in the late 9th century AD, to John Dryden at the end of the 17th century. Many of these theories argued that translation should not simply make a text accessible to readers who did not have knowledge of the original language, but it should also produce something pleasurable and appealing to read.

How was this to be achieved? Rather than producing a literal, word-for-word translation, the most effective translators aimed to reproduce the sense and (ideally) something of the elegance of the original. As one Elizabethan commentator on translation, Laurence Humphrey, put it in evocative terms, the ideal translator should not pay attention ‘to the number of the words, but to their weight’.

One of the most important and most revealing sites of translation in the Elizabethan period was to be found in the schoolroom. Here, pupils were trained through exercises in ‘double translation’: this was a method advocated by Elizabeth’s own tutor in Greek and Latin, Roger Ascham, which required pupils to translate a Latin text into English, and then translate that English translation back into Latin. This educational training underpinned much of the theory and practice of translation in this period, and presented the act of translating as an exercise in linguistic fluency.

No less fascinating than this theoretical and educational background were actual examples of translation in Renaissance England. These included Elizabeth’s own writings from and into Latin which, it was comforting for the non-Latinists among us to hear, contained several slips. Prof. Manuwald discussed a fascinating example of a Latin poem with an accompanying English translation, both attributed to Queen Elizabeth. By comparing the Latin text and the English translation side by side, Prof. Manuwald offered a compelling illustration of the kinds of licence a writer could take – in word choice, phrasing, tense, metre, tone – when undertaking the apparently humble, unadventurous activity of producing what looks (at first sight) like ‘just’ a literal translation.

One particularly intriguing aspect, which came to the fore even more fully in the question and answer session after the talk, was the idea of translation as a genre in its own right. Taking the example of a bilingual poet like Abraham Cowley, Prof. Manuwald argued that some seventeenth-century translators regarded translation as an opportunity to experiment, or try out, the vibrancy and expressive possibilities of another language: in terms from Cowley’s Pindarique Odes, translation might become an ‘experiment’ or ‘essay but to try how [Pindar’s poetry] will look in an English habit’.

Using such illustrations, Prof. Manuwald proposed that translation was not just a functional activity, for making a piece of writing in one language available to an audience who spoke another, but was also a creative, literary activity in itself. Early modern views on translation offer us an invaluable window for comparing and contrasting our own present-day assumptions, and can persuasively remind us of the lost art and forgotten pleasures of translation for translation’s sake.