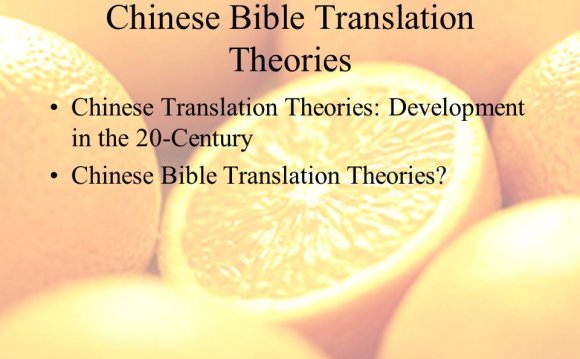 Being informed about translation theory is knowing what others have said and thought about translation: its purposes, how to judge whether a translation is accurate, successful, or well written. How to translate to achieve specific goals, what responsibilities translators have, and whether they are primarily responsible to the author, the original text, the reader, or the customer who commissioned a specific translation.

To be sure, without knowing or being aware of translation theory one can still translate. But translators who learned translation from teachers who reject theory out of hand and only emphasize learning by simply translating, are still following a translation theory of sorts. A theory, however, they are not aware of, and that they cannot, therefore, examine critically and tap for specific occasions or assignments.

Downplaying the importance of theory, while teaching translation through a series of commandments, as Mark Freehill seemingly does (from what could be seen in his presentation at the recent 52nd ATA Conference), is contradictory: his students will learn a confusing mishmash where on the one hand they are told that there are many different ways to translate a text (true, of course, as far as that goes), but on the other hand are taught absolute “commandments of interpretation” and “deadly sins of translation”.

Take the “deadly sin” of his that was most hotly debated during his presentation:

Never, never, never give in the temptation to improve the original. If the original is vague or clumsy or just plain wrong, then a good translation will faithfully reflect the flaws. After all, that was how the original author wrote it.

Stated in such stark terms, this is nonsense. Freehill referred, in his examples, to legal translations, saying that the reader of the translation has a right to know where the original went wrong. Fine (maybe) if the reader commissioned the translation precisely so as to find its weak points, perhaps to challenge them in court. But what if the customer is, instead, a foreign attorney who had his brief translated to file it in a US Court? Should a conscientious translator merrily translate the text “as is”, errors, warts and all, or should he point out to his customer unclear and wordy passages, suggesting suitable improvements? What about a translator commissioned to translated a hastily (and therefore badly) written press release. Shouldn’t he do his utmost to make the translated press release as smoothly flowing, well written and informative as possible in the target language?

During Freehill’s presentation Chris Durban remarked that by teaching his students never to improve on the original, he was condemning them to the bottom of the market. I agree. By limiting the choices available to his students, Mr. Freehill is depriving them of vital tools necessary to succeed in translation.

For an interesting discussion between a translation theorist and a professional translator, see Can Theory Help Translators? A Dialogue Between the Ivory Tower and the Wordface, by Andrew Chesterman and Emma Wagner (St. Jerome, 2002)