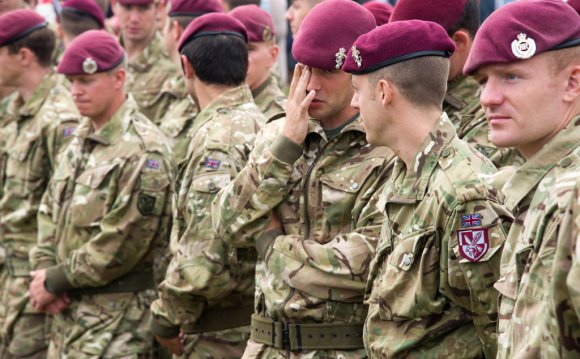 In the late-fifteenth century printers began printing books written in the form of London English which had already become a kind of standard in manuscript documents. Between 1475 and about 1630 English spelling gradually became regularized. There are noticeable differences in the look of printed English before the mid-seventeenth century, but after that date it is largely the same as modern English, the major difference being the use of the long s (∫) in all positions except finally.

By the sixteenth century English spelling was becoming increasingly out of step with pronunciation owing mainly to the fact that printing was fixing it in its late Middle English form just when various sound changes were having a far-reaching effect on pronunciation.

Chief among these was the so-called ‘Great Vowel Shift’, which can be illustrated (with much simplification) from the three vowel sounds in mite, meet, and mate. In Middle English these were three long vowels with values similar to their Latin or continental counterparts [i:], [e:], and [a:] (roughly the vowel sounds of thief, fete, and palm); the spelling was therefore ‘phonetic’.

A parallel change affected the back vowels of mouth and moot. Hence the mismatch of the long vowel sounds of English with their counterparts in other European languages.

Additionally, during the period a number of sets of vowel sounds that had formerly been distinct became identical, while their spelling distinction was largely maintained, resulting in a further mismatch of spelling and pronunciation.

Numerous conditioned changes (i.e. changes in the sound of a vowel or consonant when in the vicinity of another sound) also contributed to the mismatch. When long vowels were shortened in certain positions a given spelling could show either on the one hand a long vowel or diphthong or on the other a short vowel that would normally be spelt another way.

At the start of the sixteenth century the main systematic differences in spelling from present-day English were as follows. (Examples are taken from the Ordynarye of crystyanyte or of crysten men, printed by Wynkyn de Worde, 1502.)

i). u and v were graphic variants of a single letter. The form v was used at the beginning of a word and u in all other positions, irrespective of whether the sound was a vowel or a consonant.

And we defende the that thou be not so hardy for euer to do vyolence vnto the holy token of the crosse the whiche we put in his forhede.

iii). The final ‘silent’ -e was much more commonly found, not only as a marker of a ‘long’ vowel in the preceding syllable (as in take), but with no phonetic function, and sometimes after an unnecessarily doubled final consonant.

Also it is to be noted that this crosse made & gyuen vnto the newe crysten man is the seuenth crosse & the laste that is sette on his body.

iv). The letter y was commonly used for the vowel i, especially in the vicinity of ranging or ‘minim’ letters such as m, n, and u.

And man ought to byleue that the fayth of this artycle is deed that bereth not here the fruyte of this werke.

v). Double e (ee) or e..e was used for two different long front vowels: the ‘close’ vowel of meet and the formerly ‘mid’ vowel of meat, mete (the significance of this is now obscured since in most words the two sounds have become identical). The spelling e..e was gradually restricted to the latter while additionally ea was beginning to be introduced as an alternative spelling.

vi). Similarly o (oo) or o..e were often used for two different long back vowels: the ‘close’ vowel of moot and the ‘mid’ vowel of moat, mote. o..e was gradually restricted to the latter and, during the 16th century, oa was introduced on the analogy of ea.

vii). Instead of t in the ending now usually spelt -tion the letter c was frequently used.

Numerous abbreviations used in manuscript were carried over into print. A short line above a vowel was often used to replace m or n. The forms yt and ye were used to abbreviate that and the.

What is a modern day shaman? (English sub)