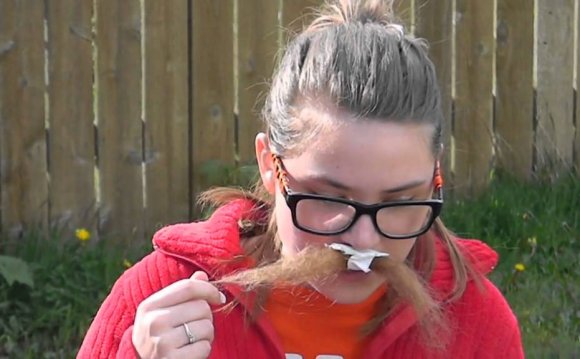 You have to give Kenneth Branagh props for his sheer audacity. When he set out to deliver a whole new, he promised to deliver the end-all-be-all, throw-out-your-other-versions take on Shakespeare's beloved play. So how'd he do?

This bad boy presents the whole text unabridged. Yep, all 4, 042 lines. Most versions of Shakespeare's longest play drop at least a few lines or even a few scenes to keep the running time down. Not so for Branagh. He keeps every "dost thou" and "pray forsooth" right where it should be. The result? Four hours of movie.

So the words are all the same. But that doesn't mean it's your great-grandma's Shakespeare. No, Branagh—like every other fancypants person on the planet—has an opinion about this play, and it definitely comes through in his adaptation.

Branagh seems to stress the hidden secrets and other goodies lurking just below the surface. In his mind, the court's corruption has been papered over with pretty pictures, and people are doing their best to ignore it. So we (here in the audience) focus on all the prettiness of the surfaces themselves and slowly become aware of what's really going down. For example, the main hallway is decorated with mirrors that lead to hidden rooms, and the sets have all sorts of filigrees and sculpted edges that stress their appearance. Sometimes it's pretty heavy handed, too. Dressing screen, anyone?

This version stands out from the rest because it's not all gloom and doom. Everything is bright here: people wear colorful outfits, confetti falls from the ceiling, and the party never ends. (Considering that the old king just died and Fortinbras is marching on the palace, that's probably a mistake. Just sayin'.) Only Hamlet wears black, serving the role of the honest man in the room to remind everyone of the way things really are. Very passive-aggressive, Hammie.

Branagh also ups the epic factor here—and why not, when you're working on the silver screen? Denmark here looks a lot like Russia in the early 20th century, when the royal family under Nicholas II lived large and spent heavily. (Those jeweled Faberge Easter eggs? Those were Nicholas's.) Everything here is big and bold: the palace, the parties, even the train that brings Rosencrantz and Guildenstern a'calling.

And the way Branagh shoots it is no exception. Just take a look at the ghost, played by noted Very Large Man Brian Blessed. Every time he speaks, the ground shakes, and his voice promises unholy damnation to anyone who hears it. He's scary, in the same way that King Kong is scary. You're not sure if he's going to yell at Hamlet or swallow him whole. That's called raising the stakes.

What's Up to Date

Branagh likes casting big stars in his movies, to help the audience better identify with the text. That's why you see people like Billy Crystal as the Gravedigger or Robin Williams as Osric. These are small roles that big shots like them normally never play, but it adds a bit of gravitas and whimsy to the whole project. (He also cast Kate Winslet as Ophelia, who wasn't a huge star then but became one a year later with ; way to predict the future, Ken.)

Add that to a "you'd better pack a lunch" running time and you get a Hamlet that's been supersized and modernized for an audience that likes all things big and bold. Branagh's Hamlet wants to show us how important the play is by making it as huge as possible, while still keeping the faith with the original text. In fact, he respects the play so much that he doesn't change a single word.

Shmoopers, it's Hamlet—arguably the most important play, you know, ever. So it should be no surprise that if you're on the lookout for silver screen adaptations, you've got about a zillion to choose from.

Then 1969 rolled around and Tony Richardson tried his hand at a version that played up all the nasty head games in a major way. Starring Nicol Williamson, this take was shot entirely in close-up, so get ready for a lot of sweaty pores.

Next up, we've got the ever-awesome Captain Picard, trying his hand at the role of Claudius in the BBC's 1980 adaptation. If Patrick Stewart is in it, well then you know it's gotta be good.

In 1990, Franco Zeffirelli of Romeo and Juliet fame got in on the game. Mel Gibson starred in this version, back when he was a big star who didn't get into shady scrapes at traffic stops.

Ten years later came Michael Almereyda's, starring the ever angsty Ethan Hawke. This version is set in modern-day New York, which means he gives the whole "To be or not to be" speech in the "Action" section of a video store. Oh the irony.

The Royal Shakespeare company tried their hand at in 2009, when David Tennant (of fame) teamed up with Patrick Stewart (here he is again) to do a modern version for the BBC. This version digs heavily into the paranoia theme, with cameras posted all over Elsinore, and Big Brother watching all the time.

And finally, there's the gory, violent, sometimes awesome, sometimes terrifying television show called . While it's not exactly a faithful adaptation, the show parallels many plot points of the original play, while setting the characters in a motorcycle gang, rather than royal Denmark. A bold choice? Yep. But it totally works.