Modern translation of Merchant of Venice 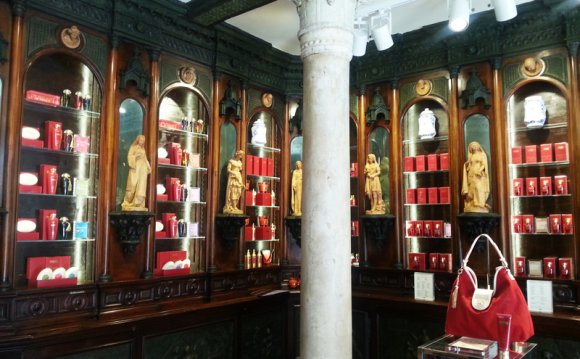 Bassanio knew exactly where to go – a money-lender who, he thought, would, for a price, immediately produce the money. It would probably be more expensive than from any other source but it would all be done discreetly -no-one would have to know about it. It would be worth it because he was almost certain to be successful in his Belmont project and the money would be repaid without any fuss. He entered the dingy streets of the Jewish quarter and knocked on the door of the biggest house in the district. Shylock was at home and he came out to him. Bassanio came straight to the point.

‘Which, as I said, Antonio will guarantee.’

‘Antonio will guarantee it. Well.’

Shylock stroked his beard. He spoke slowly, thoughtfully. ‘Three thousand ducats for three months and Antonio will guarantee it..’

‘Have you heard any suggestion to the contrary?’

Shylock laughed. ‘Oh no, no, no, no, no! When I say he is a good man, you must understand that I mean he is financially sound. But his wealth is at risk. One of his ships is bound for Tripoli, another for the Indies. Moreover, I have heard on the Rialto that a third is in Mexico, a fourth sailing for England, and there are several others all over the place.’ He watched Bassanio’s impatient gestures for a moment then laughed again. ‘But ships are only timber, sailors only men. In the same way that there are water rats and land rats, there are land thieves and water thieves; in other words, pirates. And then there are the dangers of currents, gales and rocks. Putting that aside though, the man is sound. Three thousand ducats. I think I can accept his guarantee.’

‘I will make sure I can. And to be sure I’ll think it over. May I talk to Antonio himself?’

‘Of course! Come to dinner with us if you like.’

Shylock’s eyes narrowed. ‘Yes, to smell pork and eat the meat your prophet of Nazareth cast devils into! I will buy from you, sell to you, talk to you, walk with you, and so on, but I will not eat with you, drink with you nor pray with you.’ He was suddenly smiling again. ‘What’s the latest chatter on the Rialto? And who’s this coming here?’

Antonio had obviously had the same thoughts about where he might get the ready money because he was coming down the street. ‘It’s Signior Antonio!’ said Bassanio.

He went to meet his friend and Shylock watched them conferring closely together. Antonio looked like a fawning innkeeper. Shylock felt hatred for him because he was a Christian. But more seriously, because he generously lent out money without charging anything, which brought down the rate of interest in Venice. Shylock was excited because this could be his chance to catch him off-guard and very effectively pay back some old scores. Antonio hated Jews and was forever going on about Shylock in the business circles of Venice, denouncing his business methods and condemning his hard-earned profits as extortion. May his tribe be cursed if he forgave him!

He didn’t realise that his visitors were standing beside him and saying something to him.

‘Shylock, are you listening?’ Bassanio was saying.

‘I’m calculating my assets, ’ said Shylock. ‘At a rough guess I can’t raise the full sum of three thousand ducats immediately. It doesn’t matter, though. Tubal, a wealthy Hebrew of my tribe, will give it to me. But wait. How many months do you need?’ He bowed to Antonio. ‘Don’t look so worried, sir. ‘We’re trying to help you.’

Antonio drew himself up and looked at Shylock with dislike. ‘Shylock, ’ he said, rather formally, ‘Although I never lend nor borrow for profit I’ll break that rule to help my friend in his need.’ He turned to Bassanio. ‘Does he know how much you want?’