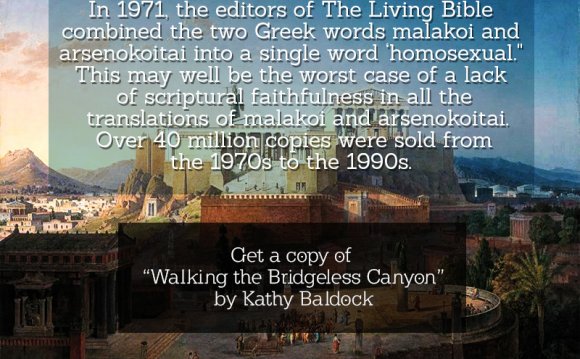 King James Version Only advocates argue that all modern translations of the New Testament are based on Greek manuscripts that contain intentional doctrinal corruptions. However, an examination of the most important manuscripts underlying these translations demonstrates that such charges are based more upon prejudice than fact. The papyri finds of the last century, together with the great uncial texts from the fourth and fifth centuries A.D., do not deprecate the deity of Christ, the Trinity, or salvation by grace through faith. Modern translations, such as the NIV and NASB, are not “corrupt” but instead trustworthy and useful translations of the Word of God.

Baptist writer William P. Grady, in a chapter titled the “Synagogue of Satan, ” writes, “The average Christ-ian is unaware that the manuscripts from which the modern ‘Bibles’ have been translated are Egyptian in origin; more specifically, Alexandrian. This lack of understanding is exacerbated by little or no knowledge of Egypt’s heretical climate at that time. When these factors are appreciated, the weakness and hypocrisy behind the modern revision movement becomes more readily apparent.”1

The claim that modern Bible translations such as the New International Version (NIV), the New American Standard Bible (NASB), and the New Revised Standard Version (NRSV) are based upon “corrupt” editions of the Greek and Hebrew texts is a common argument of King James Only advocates. Believers who encounter the claims of individuals such as Peter Ruckman, 2 Samuel Gipp, 3 Gail Riplinger, 4 or D. A. Waite5 will often hear that while the King James Version (KJV) is based upon “God honoring manuscripts, ” the modern translations are based upon only a handful of heretical, corrupt manuscripts.6 They allege that these manuscripts can be linked to every kind of heretical belief, even when those beliefs are contradictory to one another. One will find KJV Only advocates7 linking these manuscripts to Arianism, Gnosticism, liberalism, and Roman Catholicism. These manuscripts allegedly deny salvation by grace through faith, the resurrection of Christ, and the existence of hell, and affirm any number of other heresies and errors. Therefore, since nearly all modern translations8 are based upon these “corrupt” manuscripts, the translations are also corrupt and should be rejected by all “Bible believers.”

The importance of the topic should not be underestimated. While the vast majority of conservative Christian scholars completely reject the KJV Only position, 9 the emotionally charged rhetoric of KJV Only advocates causes unnecessary concerns among many believers. It is a sad truth that most Christians have only a vague knowledge of the history of the Bible and almost no knowledge of the mechanisms by which the Bible has come to us today. Issues regarding the transmission of the text over time (the process of copying), the comparison of one written text to another (textual criticism), and translation are not popular topics of discussion or study in the church today. Therefore, the claims of KJV Only advocates are liable to deeply trouble many Christians, even to the point of causing them to question the reliability and usefulness of their NIV or NASB Bibles. When believers are wrongly led to doubt the integrity of the translation they have used for years, Christian scholars have a responsibility to set the record straight.

Moreover, there is a real desire on the part of many to hold to the “old ways” — the “traditions” of the “good ol’ days” when things were so much better than they are today. Since many believers distrust anything connected with the term “modern, ” for them the KJV becomes an icon of what was “good” about the past, and modern translations end up representing everything that is wrong with today’s church.

In 1516 a Roman Catholic scholar and priest, Desiderius Erasmus, published the first printed edition of the Greek New Testament. Over the course of his lifetime four more editions would come out, each differing in various ways from the other. It was this Greek text that influenced the life of Martin Luther.10 Indeed, all of the Reformers11 used this text — a point KJV Only advocates often make. We should point out, however, that their choice of the text was not due to anything other than availability. Erasmus’s text was widely published and relatively inexpensive, and hence was easily obtainable. Textual studies had not yet advanced to the point of even being able to identify different kinds of text types in the underlying Greek manuscripts. Therefore, to attempt to enlist the Reformers as advocates of one particular text type over another is to embroil them in a debate that was not theirs.

Robert Estienne, better known by his Latin name, Stephanus, continued Erasmus’s work. Theodore Beza, who succeeded Calvin in Geneva, used Estienne’s work. Beza was particularly interested in the Greek manuscripts of the New Testament, even collecting a few of the more important manuscripts himself. He produced a number of editions of the Greek New Testament.

All of these editions — the five of Erasmus, Stephanus’s text (primarily his 1550 edition), and Beza’s editions — were available to the King James translators while they labored between 1604 and 1611. Since these editions differed at various points, 12 the translators also played the role of textual critics, weighing the various readings and making decisions as it seemed best to them, just as modern editors and translators do. It is important to note that the resultant King James New Testament text did not exist in that exact form prior to 1611. That is, there is no family of manuscripts, or even a single manuscript, that reads exactly as the King James New Testament. The translators used an “eclectic” methodology, recognizing that no single manuscript should be elevated to the status of the “standard, ” but that each manuscript contained scribal errors of various kinds, and that the true and original text was best sought in the plurality of texts.

Mike Hoggard - Modern Bible Translations and the Spirit of ...

Proof Modern Translations Are Catholic By Will Kinney ...