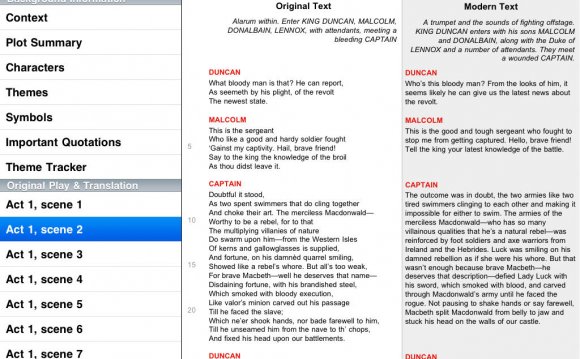 My verse translation of Macbeth has the same sentence complexity and vocabulary range as Shakespeare's original. All blank verse lines remain in verse with accurate and authentic iambic pentameter. Songs and rhymes are translated but maintain the same rhythm and rhyme patterns.

Scene One. A Dark Cave with a Cauldron

Thrice, and once the hedge-hog whined.

Round and round, you cauldron, spin;

Throw the poisoned entrails in.

Toads, that under cold stone lay,

Thirty nights and one more day

Till the sweated venom’s got,

Boil it first in this charmed pot!

In the caldron boil and bake.

Eye of newt, and toe of frog,

Wool of bat, and tongue of dog,

For a brew of powerful trouble,

Scale of dragon, tooth of mutt,

Of the salty, ravenous shark,

Root of hemlock dug in dark,

Gall of goat, and twigs of yew

Sliced off in the moon’s eclipse,

Nose of Turk, and Tartar’s lips,

Finger from a fetus which

Whores left stillborn in a ditch,

Make the gruel as thick as pitch.

Then we add a tiger’s colon,

To the mixture in our cauldron.

Cool it with a báboon’s blood,

Then the hex is fixed and good.

[Enter HECATE with three of her WITCHES]

And now around the cauldron sing,

Enchanting all that you put in.

You that mingle may.

[Exit HECATE and her three WITCHES]

Around, around, about, about

The bad run in, the good keep out.

There's a tingling in my thumbs,

Something wicked this way comes,

What are you doing?

A deed without a name.

I call on you and all you claim to know

(No matter how you learned it)—answer me.

Though you unleash the winds and let them fight

Against the steeples, though the frothy waves

Destroy and swallow up armadas whole,

Though ripened corn’s knocked flat and trees blown down,

Though castles topple on their masters’ heads,

Though tops of palaces and pyramids

Collapse on their foundations, though the seed

All nature springs from tumbles all at once

Till devastation sickens of itself,

I need an answer.

Say if you’d rather hear it from our mouths,

Or from our masters.

Call them, let me see them.

From far or near

You and your function now appear!