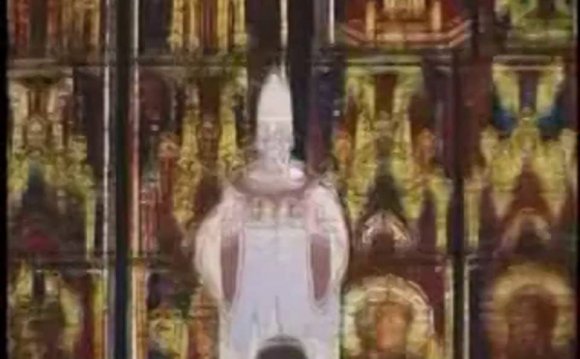 Read Macbeth’s “If it were done when ’tis done” soliloquy below with modern English translation & analysis.

Spoken by Macbeth, Macbeth Act 1 Scene 7
If it were done when ’tis done, then ’twere well
It were done quickly: if the assassination
Could trammel up the consequence, and catch
With his surcease success; that but this blow
Might be the be-all and the end-all here,
But here, upon this bank and shoal of time,
We’ld jump the life to come. But in these cases
We still have judgment here; that we but teach
Bloody instructions, which, being taught, return
To plague the inventor: this even-handed justice
Commends the ingredients of our poison’d chalice
To our own lips. He’s here in double trust;
First, as I am his kinsman and his subject,
Strong both against the deed; then, as his host,
Who should against his murderer shut the door,
Not bear the knife myself. Besides, this Duncan
Hath borne his faculties so meek, hath been
So clear in his great office, that his virtues
Will plead like angels, trumpet-tongued, against
The deep damnation of his taking-off;
And pity, like a naked new-born babe,
Striding the blast, or heaven’s cherubim, horsed
Upon the sightless couriers of the air,
Shall blow the horrid deed in every eye,
That tears shall drown the wind. I have no spur
To prick the sides of my intent, but only
Vaulting ambition, which o’erleaps itself
And falls on the other.

“If It Were Done When ‘Tis Done” Soliloquy Translation:
What should he do? He faced the tower wall and pressed his forehead against it. If it could be all finished and done with when it’s done then it may as well be done quickly. If only the repercussions of the murder could be controlled. If only all the danger could end with Duncan’s death -. If only the death blow could be the end of it -. If only we could escape the consequences of our actions here on earth – skip the life to come -.

Macbeth climbed up to the battlements and looked up at the sky. There were no stars.

The trouble was that we have choice: we havefreedom of choice. But if we choose violent options they come back to plague us. And it was that law, that even-handed justice, that was the problem. When we poison others we poison ourselves.

Duncan. Macbeth sighed. What was he to do?

The King trusted him completely. For two very good reasons: first as Macbeth was his cousin and his subject -both very powerful arguments against murder – and then as he was Duncan’s host, who should shut the door against his murderer, not bear the knife himself!

Macbeth walked slowly down the stairs and back into the courtyard. And anyway, Duncan was so gentle as a man, and so strong as a king, that his virtues would cry out for revenge at the brutality of his death. There would be outrage at the slaughter of such a good man: everyone would be so filled with pity that the whole nation would grieve.