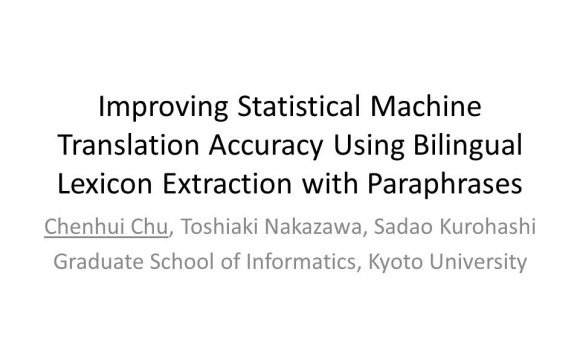 For a rigorous implementation of this one would have to perform an exhaustive search by going through all strings in the native language. Performing the search efficiently is the work of a machine translation decoder that uses the foreign string, heuristics and other methods to limit the search space and at the same time keeping acceptable quality. This trade-off between quality and time usage can also be found in speech recognition.

As the translation systems are not able to store all native strings and their translations, a document is typically translated sentence by sentence, but even this is not enough. Language models are typically approximated by smoothed -gram models, and similar approaches have been applied to translation models, but there is additional complexity due to different sentence lengths and word orders in the languages.

The statistical translation models were initially word based (Models 1-5 from IBM Hidden Markov model from Stephan Vogel and Model 6 from Franz-Joseph Och), but significant advances were made with the introduction of phrase based models. Recent work has incorporated syntax or quasi-syntactic structures.

The most frequently cited benefits of statistical machine translation over rule-based approach are:

An Overview of Statistical Machine Translation