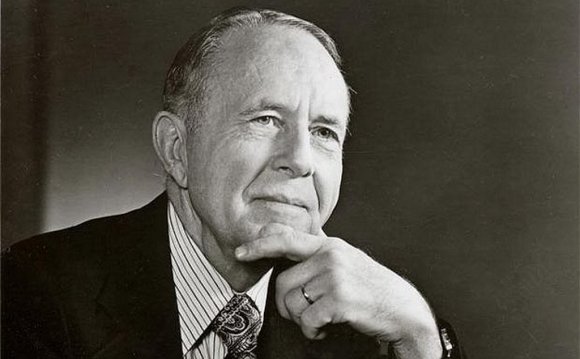 Eugene A. Nida (November 11, 1914 – August 25, 2011) was a linguist who developed the dynamic-equivalence Bible-translation theory and one of the founders of the modern discipline of Translation Studies.

Nida was born in Oklahoma City, Oklahoma on November 11, 1914. He became a Christian at a young age, when he responded to the altar call at his church "to accept Christ as my Saviour."

He graduated from the University of California in 1936. After graduating he attended Camp Wycliffe, where Bible translation theory was taught. He ministered for a short time among the Tarahumara Indians in Chihuahua, Mexico, until health problems due to an inadequate diet and the high altitude forced him to leave. Sometime in this period, Nida became a founding charter member of Wycliffe Bible Translators, a related organization to the Summer Institute of Linguistics.

In 1937, Nida undertook studies at the University of Southern California, where he obtained a Master's Degree in New Testament Greek in 1939. In that same year he became interim pastor of Calvary Church of Santa Ana, California following the resignation of its founding pastor. Despite his conservative background, in later years Nida became increasingly ecumenical and New Evangelical in his approach.

In 1943, Nida received his Ph.D. in Linguistics from the University of Michigan. He was ordained as a Baptist minister. He married Althea Lucille Sprague, who died in 1993. In 1997, he married María Elena Fernandez-Miranda, a lawyer and diplomatic attache.

If you are not interested in this article, read about bay window curtain pole kit.

Nida retired in the early 1980s, although he continued to give lectures in universities all around the world, and lived in Madrid, Spain and Brussels, Belgium. He died in Madrid on August 25, 2011 aged 96.

In 1943, Nida began his career as a linguist with the American Bible Society (ABS). He was quickly promoted to Associate Secretary for Versions, then worked as Executive Secretary for Translations until his retirement.

Nida was instrumental in engineering the joint effort between the Vatican and the United Bible Societies (UBS) to produce cross-denominational Bibles in translations across the globe. This work began in 1968 and was carried on in accordance with Nida's translation principle of Functional Equivalence.

Nida has been a pioneer in the fields of translation theory and linguistics.

His Ph.D. dissertation, A Synopsis of English Syntax, was the first full-scale analysis of a major language according to the "immediate-constituent" theory. His textbook Morphology: The Descriptive Analysis of Words was one of the major works of American Structuralism. It remained the only thorough introduction to the field for decades and is still valuable for its many examples and exercises.

His most notable contribution to translation theory is Dynamic Equivalence, also known as Functional Equivalence. For more information, see "Dynamic and formal equivalence." Nida also developed the componential analysis technique, which split words into their components to help determine equivalence in translation (e.g. "bachelor" = male + unmarried). This is, perhaps, not the best example of the technique, though it is the most well-known.

Nida's dynamic-equivalence theory is often held in opposition to the views of philologists who maintain that an understanding of the source text (ST) can be achieved by assessing the inter-animation of words on the page, and that meaning is self-contained within the text (i.e. much more focused on achieving semantic equivalence).

This theory, along with other theories of correspondence in translating, are elaborated in his essay Principles of Correspondence, where Nida begins by asserting that given that "no two languages are identical, either in the meanings given to corresponding symbols or in the ways in which symbols are arranged in phrases and sentences, it stands to reason that there can be no absolute correspondence between languages. Hence, there can be no fully exact translations." While the impact of a translation may be close to the original, there can be no identity in detail.

Nida then sets forth the differences in translation, as he would account for it, within three basic factors:

F-E focuses attention on the message itself, in both form and content. Such translations then would be concerned with such correspondences as poetry to poetry, sentence to sentence, and concept to concept. Such a formal orientation that typifies this type of structural equivalence is called a "gloss translation" in which the translator aims at reproducing as literally and meaningfully as possible the form and content of the original.

The principles governing an F-E translation would then be: reproduction of grammatical units; consistency in word usage; and meanings in terms of the source context.

D-E on the other hand aims at complete "naturalness" of expression. A D-E translation is directed primarily towards equivalence of response rather than equivalence of form. The relationship between the target language receptor and message should be substantially the same as that which existed between the original (source language) receptors and the message.

The principles governing a D-E translation then would be: conformance of a translation to the receptor language and culture as a whole; and the translation must be in accordance with the context of the message which involves the stylistic selection and arrangement of message constituents.