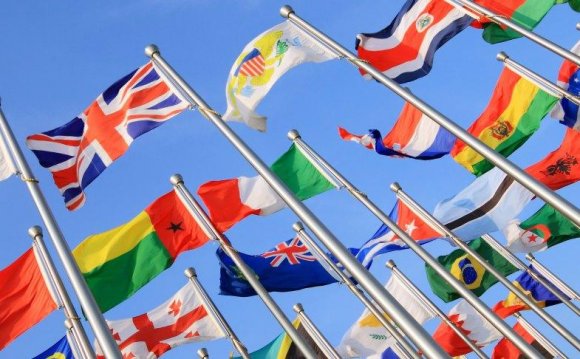 He translator, before being a writer as such, is primarily a message conveyor. In most cases, translation is to be understood as the process whereby a message expressed in a specific source language is linguistically transformed in order to be understood by readers of the target language. Therefore, no particular adapting work is usually required from the translator, whose work essentially consists of conveying the meaning expressed by the original writer.
Everyone knows, for instance, that legal translation leaves little room for adaptation and rewriting. Similarly, when it comes to translating insurance contracts, style-related concerns are not paramount to the translating process; what the end reader needs is a translated text that is faithful to the source text in meaning, regardless of stylistic prowess from the translator.
Yet, in an number of cases, the translator faces texts which are to be used within a process of active communication and the impact of which often depends on the very wording of the original text. In these specific cases, the translator sometimes finds it necessary to reconsider the original wording in order to both better understand the source text (this also sometimes occurs in plain technical texts) and be able to render it in the target language. This is the moment when the translator becomes an active link in the communication chain, the moment when his communication skills are called upon to enhance the effect of the original message.
The translation process here becomes twofold: firstly, the translator needs to detect potential discrepancies and flaws in the original text and understand the meaning they intend to convey. To do this, the translator often needs to contact the writer of the text to be translated (or any other person who is familiar with the contents of the text) in order to clarify the ambiguities he has come across. Secondly, once this first part of the work is over, the translator will undo the syntactic structure of the original text and then formulate the corresponding message in the target language, thus giving the original text added value in terms of both wording and impact. It is important to stress that this work will always be carried out in cooperation with the original writer, so that the translator can make sure the translated message corresponds to the meaning the writer originally intended to convey; remember, the translator is essentially a message conveyor, not an author.
In order to give an example of this value-added part of the translators work, let us take the following excerpt, taken from a speech to be delivered by a local official working for a French Mairie (i.e., the local authority managing public services in French towns and cities) on the occasion of a visit from British partners as part of a twinning agreement (I could also have chosen an excerpt from a translated advertisement, for instance, in which the rewriting work of the translator is also of the essence). This translating assignment meant more than just converting information from one language into another: it involved paying particular attention to the point of view of the translation user (in this case, the listener speaking the target language), in addition to fully understanding the ideas to be transmitted. This is obviously accounted for by the fact that a speech, just as any other direct communication text, includes an extra dimension as compared to usual informative texts: this dimension could be referred to as the listener-oriented aspect of a text. Obviously, the text of a speech not only has a written dimension, a quality shared by all other texts whatever the field, but also an oral dimension. This double dimension obviously needs to be taken into account by the translator in his work: more than is the case with other types of texts, the viewpoint of the reader/listener should be kept in mind at all times.
Let us take an excerpt from the speech in order to better understand the above-described process. One section of the text reads: Je me dis quil est bon aussi de formaliser de temps en temps ces rencontres pour créer une mémoire collective de nos correspondances. A rough translation in English would give the following result: I feel it is useful from time to time to give these meetings formal expression in order to create a collective memory of our correspondence. The latter part of this sentence sounds rather funny and the reader/listener will probably find it difficult to see what it means exactly. This is why I thought the source text needed a couple of clarifications; for one thing, the French mmoire collective has a historical dimension to it which I felt was inappropriate in a text meant to convey a positive, future-oriented message. In the mind of most French people, the collocative mémoire collective brings about images of the two world wars and of other vivid French historical events such as Mai 68,  which as you probably know was a period of turmoil marked mainly by students demonstrations. Secondly, the French term correspondances is inadequately used (after consulting the author of the text, I found that it meant all of the mutual achievements of the twinning partners since the signing of their agreement). In short, the overall notion given by the French text is rather blurred, past-oriented, and the author fails to convey his ideas in a persuasive way.
After having analyzed these two inaccuracies with the help of the author, I came up with the following translation: I feel it is useful from time to time to give these meetings formal expression in order to put on record our mutual achievements for better future...

Lost in Translation: When Communication Breaks Down