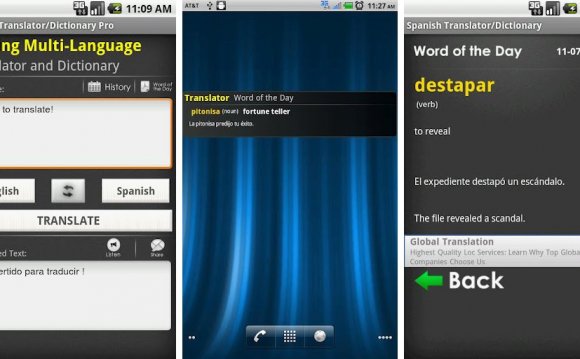 Automatic detect languages (separate features for yourself and others)

Can be use with IM
For now LSL scripts can not listen directly to IM, and therefore can not translate Instant Messages. However Q-Translator provides private channels to bring in private IMs using copy and paste. The solution is not perfect but is the only currently feasible.

Automatic Detect Translators
Q-Translator detects when a message is emitted by any of these translators: Q-Translator, X-LANG, UT v10, AF, MH, MT, XIN, Simbolic. You can enable or disable the translation of messages issued by other translators. In all cases the spam is greatly reduced. In fact, Q-Translator remove all formatted made by translators (language indicators) to rebuild the message, it will be able to detect the language precisely and correctly translate the message.

Fun with the Australian Google Translator