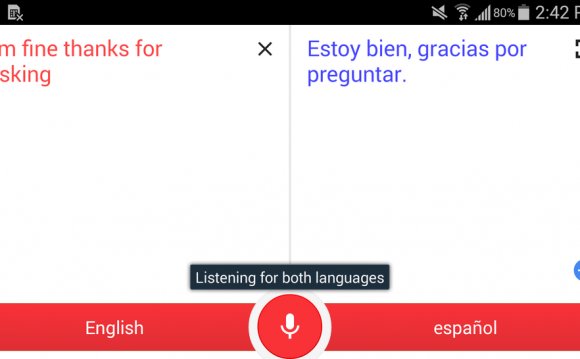 Second, Translate has to recognize what each letter actually is. This is where deep learning comes in. We use a convolutional neural network, training it on letters and non-letters so it can learn what different letters look like.

But interestingly, if we train just on very “clean”-looking letters, we risk not understanding what real-life letters look like. Letters out in the real world are marred by reflections, dirt, smudges, and all kinds of weirdness. So we built our letter generator to create all kinds of fake “dirt” to convincingly mimic the noisiness of the real world—fake reflections, fake smudges, fake weirdness all around.

Why not just train on real-life photos of letters? Well, it’s tough to find enough examples in all the languages we need, and it’s harder to maintain the fine control over what examples we use when we’re aiming to train a really efficient, compact neural network. So it’s more effective to simulate the dirt.

The third step is to take those recognized letters, and look them up in a dictionary to get translations. Since every previous step could have failed in some way, the dictionary lookup needs to be approximate. That way, if we read an ‘S’ as a ‘5’, we’ll still be able to find the word ‘5uper’.

Crunching it down for mobile