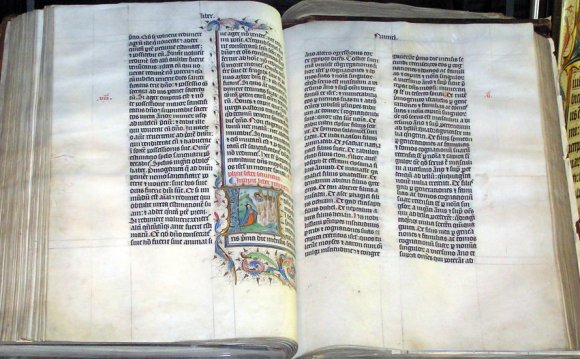 In this day when many Christians have started using one of the modern English translations of the Bible, abandoning the King James Version, it may be well to review a few of the reasons why many creationists still prefer the latter.

One reason is that all the fifty or more translators who developed the King James Bible were godly men who believed implicitly in the inerrancy and full authority of Scripture and in the literal historicity of Genesis, with its record of six-day Creation and the worldwide Flood. This has not been true of many who have worked on the modern versions.

Furthermore, the King James translators (54 men altogether) were great scholars, as proficient in the Biblical languages as any who have come after them. They were familiar with the great body of manuscript evidence, as well as all the previous translations. They worked diligently on the project (assigned to them by King James) for over seven years (completed in 1611), with the result that the "Authorized" version eventually displaced all those that had gone before and has withstood the test of wide usage in all English-speaking countries ever since.

This is not a new question. There have been over 120 English translations of the complete Bible published since the King James, as well as over 200 New Testaments. Even if one really feels that he ought to switch to a modern translation, how can he decide which, if any, is really the inspired word of God? I personally have perused in some depth at least 20 of them.

Is God The Author Of Confusion?

For a long time, the "official" version used in each Bible-believing church was the King James, with the others used occasionally for reference study by teachers and pastors. Now, however, confusion reigns. Congregational reading is no longer possible, and Scripture memorization, which has been an incalculable blessing in my own Christian life, is almost a lost art these days.

And what about our belief in verbal inspiration? If it's only the "thought" that counts, then the words are flexible, and we can adjust them to make them convey any thought we prefer. Exact thoughts require precise words.

Even many King James Bibles have footnotes referring to what are said to be "better manuscripts" which indicate that certain changes should be made in the King James text. But what are these manuscripts, and are they really better? It is significant that almost all of the new versions of the New Testament are based on what is known as the Westcott-Hort Greek text, whereas the King James is based largely on what is known as the Textus Receptus. As far as the Hebrew text is concerned, the King James is based on the Masoretic text, while the modern versions rely heavily on Kittel's revised Masoretic text.