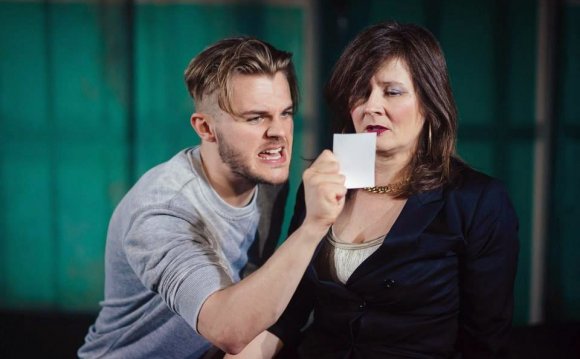 Horatio had gone with Hamlet to his apartment, where Hamlet read the letters that had arrived for him in his absence. He thrust the last one aside. ‘So much for these, ’ he said. ‘Now I’ll tell you about Rosencrantz and Guildenstern. Do you remember the situation regarding them?’

‘Well, sir, one night on board ship, I couldn’t sleep for the turmoil in my heart. I lay more restlessly than if I had been a mutineer imprisoned in the galley. Sometimes we do something instinctively and it turns out to be the right thing. That teaches us that whatever we may do it’s God who shapes our fate.’

‘I put my heavy coat on and crept out of my cabin. I groped about in the dark and found my escorts. I stole their documents and went back to my cabin where, ignoring good manners, I unsealed the royal commission. Oh, royal knavery, Horatio! It was larded with pleasantries about the respective healths of Denmark and England, and then, can you believe it! Lies about me and a request to chop my head off immediately, without even stopping to sharpen the axe!’

‘Here it is, ’ said Hamlet. ‘Read it yourself. But do you want to know what I did next?’

‘They had cornered me – started the play before I had a chance to make a prologue. I sat down and wrote a new commission, in the official and elegant way.’ Hamlet laughed loudly. ‘I used to mock the style that statesmen use and worked hard to avoid using it myself. But, sir, my skill did me good service this time. Do you want to know what I wrote?’

‘An earnest plea from the king. In as much as England was his faithful tributary: as love between them might flourish like a palm: as peace should wear her garland of wheat and link them in friendship – and many other as of great importance – that on reading and absorbing the contents he should put the bearers to sudden death without the advantage of confession.’

‘Even that was helped by heaven. I had my father’s signet ring in my luggage, which is the model for the Danish seal. I folded the writ up the same as the original, signed it, stamped it, and put it back in their luggage. They had no idea. The next day there was the sea-fight and you know the rest.’

Horatio nodded gravely. ‘So Rosencrantz and Guildenstern are for it.’

Hamlet could see that his friend disapproved. ‘Why man, ’ he said. ‘They loved this work. I don’t feel guilty about it. Their downfall is the direct result of their ambition. It’s dangerous for common people to get mixed up with the affairs of the powerful.’

‘What a king this is!’ said Horatio.

‘Don’t you agree that it’s up to me now? He killed my king and turned my mother into a whore, frustrated my hopes of succession and plotted to kill me. And with such cunning! Isn’t it perfectly in order to kill him with this arm? And wouldn’t it be a sin to let this cancer go deeper?’

‘It can’t be long before he hears about the business in England.’

‘It won’t be, ’ said Hamlet. ‘The interim is mine, though. A man’s life can be ended in the time it takes to say ‘one’. But I’m very sorry, good Horatio, that I forgot myself with Laertes. I identify with him. I’ll try and get back into his good books. Unfortunately, his display of grief enraged me.’

An attendant entered the room and told them that a messenger had come from the king. When the messenger came in Horatio could hardly contain his amusement. Of all the ostentatious and colourful courtiers there were, this one was spectacular. Hamlet knew Osric. He sat back and enjoyed Horatio’s amusement.

Osric swept his feathered hat off and bowed elaborately ‘Your lordship is right welcome back to Denmark, ’ he lisped.

Hamlet got up and imitated the bow. ‘I humbly thank you, sir, ’ he said, and then to Horatio, ‘Do you know this water-fly?’

Osric was still bowing. ‘Sweet lord, ’ he said. ‘If your lordship is at leisure I would impart something to you from his majesty.’

‘I will hear it, sir, most diligently. Put your bonnet to its proper use: it’s for the head.’