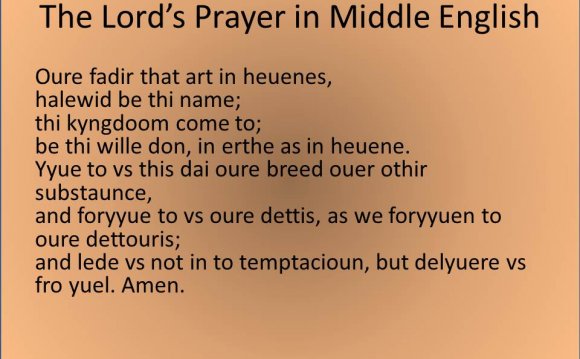 The chronological boundaries of the Middle English period are not easy to define, and scholarly opinions vary. The dates that OED3 has settled on are 1150-1500. (Before 1150 being the Old English period, and after 1500 being the early modern English period.) In terms of ‘external’ history, Middle English is framed at its beginning by the after-effects of the Norman Conquest of 1066, and at its end by the arrival in Britain of printing (in 1476) and by the important social and cultural impacts of the English Reformation (from the 1530s onwards) and of the ideas of the continental Renaissance.

The most important linguistic developments