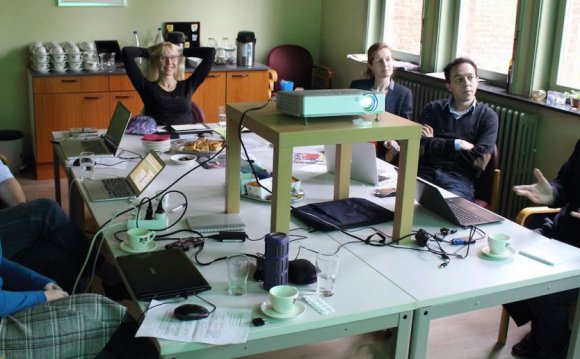 All words have life cycles. They are born, sometimes by a specific individual at a recorded moment, as was the case with grotty. The current first citation in the Oxford English Dictionary (OED) is from the 1964 film A Hard Day’s Night, in which George Harrison utters the word in response to some shirts. ‘I wouldn’t be seen dead in them’, George says. ‘They’re dead grotty.’ When prompted with, ‘Grotty?’ he responds, ‘Yeah—grotesque’. In this case, it seems that we not only know the word’s beginning and sense, but we can view its creation at our leisure. Most words don’t begin so cinematically, of course. Someone somewhere utters dog, or cat, or serendipity, and someone else repeats it. And so it goes.

Some words – like grotty, in fact – then become widely used, while others remain restricted to specific regions or subject matters. Aetiological is fairly healthy today, at least if one is speaking about beginnings in a philosophical or scientific realm. When they pass, many words remain out of use, with the exception of their presence in older books. And so from reading Dickens’s novels we may know words like phaeton and stanhope, but since they refer to types of carriages not in use now, we scarcely use them in daily conversation. Some words and expressions, however, rise from the dead, vampire-like, and function as archaic language, used with the self-conscious recognition that they are, well, no longer in use.

Spenser and Milton enjoyed archaic language, as did Dickens, Browning, and T. S. Eliot. But few writers have made greater use of it than J. R. R. Tolkien. Published in 1937, the Hobbit includes a host of expressions that, the dictionaries tell us, were long out of currency by the time of writing. We find forms that simply have been replaced, such as the historical kine, which Tolkien uses for cows. Or words that he uses with an outdated sense, such as reek, meaning not ‘unpleasant smell’ but ‘smoke’. Or words whose structure is archaic, such as clove for cleaved, thriven for thrived, carven for carved, and upholden for upheld. Tolkien even uses archaic forms of verbal phrases. ‘Supper is preparing’, one elf observes to Thorin, though since the eighteenth century English-speakers have said that supper is ‘being prepared’.